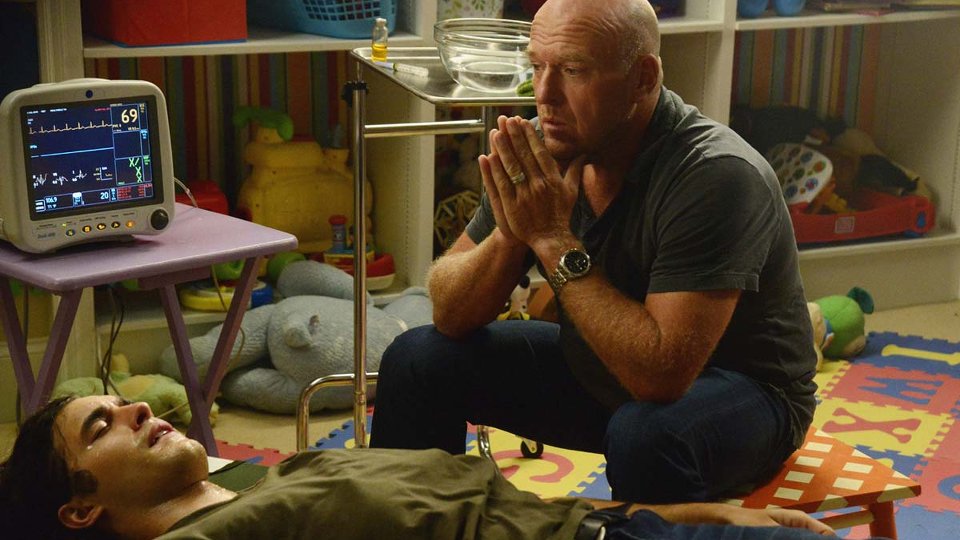 Barbie (Mike Vogel) went undercover after being released from Christine’s (Marg Helgenberger) influence on the latest episode of Under the Dome.

After Julia (Rachelle Lafevre) brought him back, Barbie went back to the Kinship to try and save the town. He went to visit Joe (Colin Ford) who was being held by Junior (Alexander Koch) and Sam (Eddie Cahill) and told him that he had been freed from the Kinship. Joe decided he wanted to stay and help them with their plan to bring down the Dome.

Elsewhere Eva’s (Kylie Bunbury) pregnancy accelerated, Big Jim (Dean Norris) worked alongside Norrie (Mackenzie Lintz) and Hunter (Max Ehrich) to fight off the Kinship with the help of Hektor (Eriq La Salle), and Norrie saved Julia from the Kinship by killing a woman.

The next episode of the season is Love Is a Battlefield. Barbie risks everything in an attempt to free Eva from The Kinship, Big Jim and Julia are enlisted by Hektor to test a possible cure for infected townspeople. Joe chooses to work with Christine after she shares some shocking information about the Dome.

Tune in to Channel 5 at midnight on Tuesday to see the episode. Preview it with our gallery below: