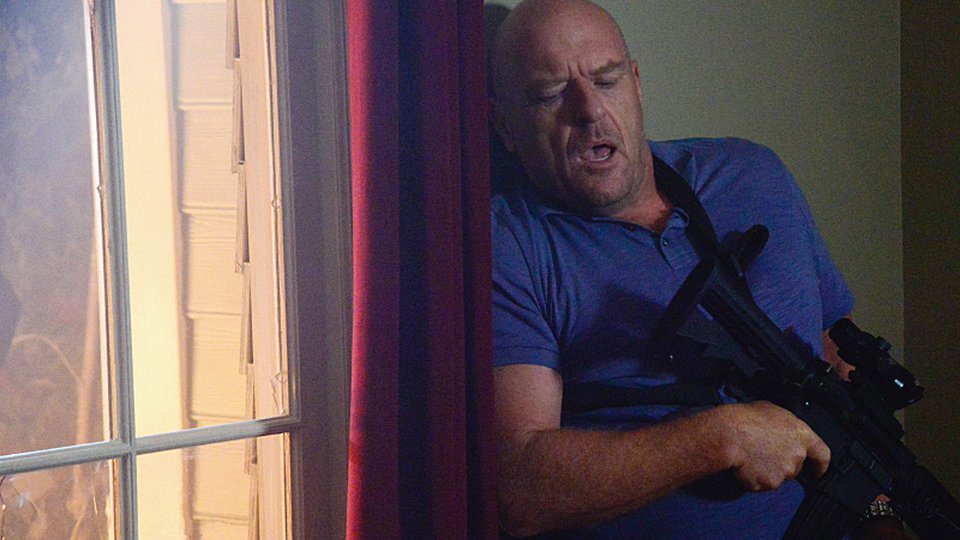 Julia (Rachelle Lefevre) managed to get Barbie (Mike Vogel) back on side in the latest episode of Under the Dome.

After Barbie contacted her to meet claiming to be cured, Julia trapped him with the help of Big Jim (Dean Norris). She then tortured him in an attempt to break him free from Christine’s influence but it didn’t seem to work. He managed to break free and chased Julia into the woods where he pointed a gun in her face and threatened to kill her. Julia broke through at that moment and the pair kissed (and we breathed a sigh of relief).

Elsewhere in the episode Eva (Kylie Bunbury) discovered that she was pregnant and survived an attack by Big Jim, Christine (Marg Helgenberger) started to prepare for the baby aka the new Queen’s arrival, and Joe (Colin Ford) was kidnapped by Sam (Eddie Cahill).

The next episode of the season is Legacy. The resistance gain an unexpected ally in the struggle to bring down Christine. Some encrypted files give Hunter a disturbing insight into the future.

Tune in to Channel 5 at midnight on Tuesday to see the episode. Preview it with our gallery below: