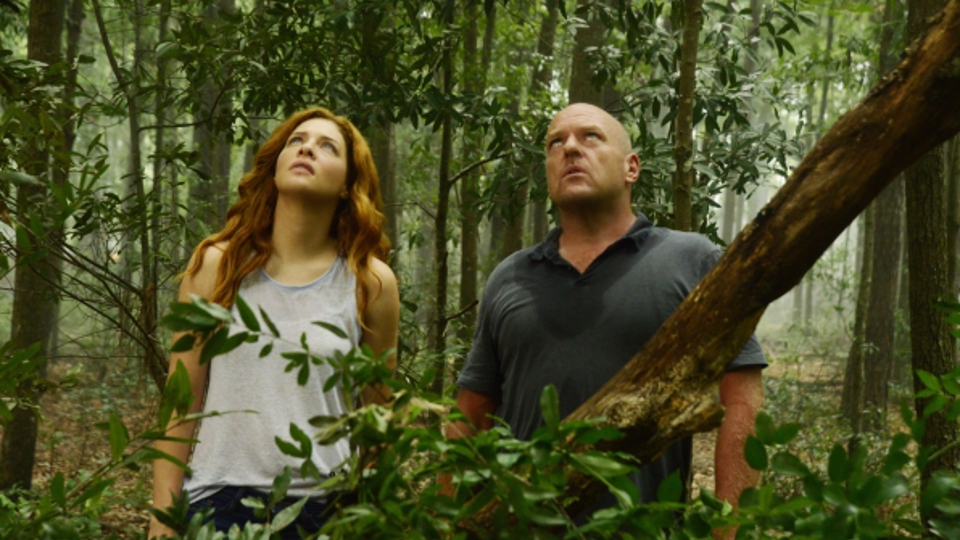 After three seasons Under the Dome is coming to a close this week with a double bill. So make sure you read our preview of the penultimate episode Incandescence (3×12) first.

If you’re not up to date with Under the Dome and like to avoid spoilers we suggest you don’t read any further.

On the penultimate episode the dome continued to calcify leaving the residents of Chester’s Mill just 24 hours left to survive.

Hektor wanted to kill everyone to stop them escaping the dome while Barbie and Julia raced to save his and Eva’s baby.

The final episode of Under the Dome is The Enemy Within. As the Dome in Chester’s Mill comes down, the Resistance, led by Barbie, Julia and Big Jim, makes a final attempt to protect the outside world from the infected townspeople in the Kinship, including Sam and Junior, and their new queen, Dawn.

Tune in to Channel 5 at 1:40am on Tuesday to see the final episode. Preview it with our gallery below: