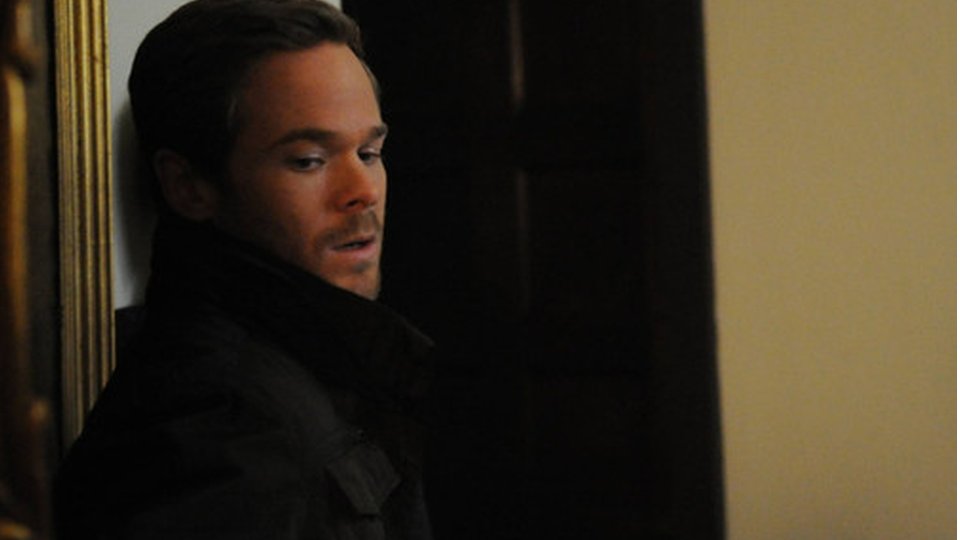 There’s only one episode of The Following’s second season left to air and we’re on tenterhooks after tonight’s penultimate episode.

If you haven’t seen the latest episode of The Following or do not like spoilers then stop reading now. If you’ve seen the episode and want to relive all the action then keep reading.

Silence proved to be an edge of the seat episode that was The Following at its best. There was plenty of action, plenty of twists and plenty of shocks over the course of the 4o or so minutes. Where do we begin?

Let’s start with psycho twins Mark and Luke (Sam Underwood) who opened the episode driving a car with a dead woman called Trish on the passenger seat. It seems they know that their mother Lily (Connie Nielsen) is dead following her shooting at the hands of Weston (Shawn Ashmore) last week. Can anyone say revenge?

Speaking of Lily’s shooting Weston, Max (Jessica Stroup) and Ryan (Kevin Bacon) get themselves out of a sticky situation when they back up each other’s stories about it claiming that Weston acted in self-defence. Will he get found out? We highly doubt it as this is The Following after all. What he did get is a stern talking to from Ryan who begged him not to become him.

Kingston Tanner (Tom Cavanaugh) continued to pray for the return of his son Preston (Carter Jenkins) but decided to slip the FBI and Ryan when Joe (James Purefoy) called him and told him to do as he said so he could be reunited with his son. Kingston manages to get out of the house and to a van parked down the road whilst his bodyguards look on. He’s knocked unconscious and bundled into the van before it takes off.

Prior to that Joe put the next part of his plan in action as he helped his followers load gas canisters into a van before sending them on their way to their next mission. Emma (Valorie Curry) voiced concerns about the sudden reappearance of Claire (Natalie Zea) asking Joe if it could be possible that Ryan is using her to lure him out and capture him. Joe assured Emma that she is the only woman he has eyes for and sends her and Robert (Shane McRae) to a Inn that he believes Claire may have gone to if she is in fact alive.

Now with Kingston in his possession, Joe storms a church service barricading everyone inside with him and his followers and wiring the place to explode should anyone try to get in. What was he up to? Well he wanted to stage round two of his murderous game that he started with Preston last week. This time though he filmed and streamed the whole thing live whilst he pitted father and son against each other after getting Kingston to admit there was no God. When it looked like Kingston was about to take the life of his son, he turned the knife on himself slitting his throat before falling to the ground.

Thankfully before Kingston was whisked off by Joe’s followers, one of his security team placed a tracker on him enabling Ryan and Weston to locate him at the church. Despite managing to break inside after dealing with a suicidal follower at the main doors they were too late to save Kingston. Instead they got the CCTV camera back up and running so the FBI had eyes in the building. As they tried to get closer to Joe, the serial killer realised they were in the building and drew Weston out by threatening to kill Preston. Not content with just having Weston, Joe then tried to lure Ryan out by aiming a gun at Weston’s head. As Ryan stayed hidden a gun went off…could Weston really be dead?

What about Claire this week? Well for the first time this season she actually got something to do. After helping herself to Ryan’s weapons cupboard after he left his apartment and told her to stay put, she dropped a smoke bomb in the car of her security team and escaped. Soon she arrived at the Inn where Emma and Robert were not realising that Joe wasn’t there. Emma spotted Claire entering the deserted Inn and followed her. The two women came face-to-face for the first time since last season with Emma claiming that she had replaced Claire in Joe’s life.

Thinking she’d got the perfect way to dispose of Claire without Joe knowing she was responsible, Emma shot Robert but was taken by surprise when Claire ran off. After following her into a dark room Emma got locked into a fight with Claire which saw Claire stab Emma and push her out of the window. Making sure she’d done the job properly Claire looked out of the window before running outside to Emma’s lifeless body. As she inspected her, Emma had a surge of energy and the two women fought again until Claire finished Emma off by stabbing her with a piece of wood.

Claire probably though her problems were solved, well for the moment, but she couldn’t be more wrong when Luke and Mark appeared on the scene and took her captive. She’s not having much luck is she?

The Following’s second season concludes Monday at 9/8c on FOX in the US and on Tuesday at 10pm on Sky Atlantic in the UK.