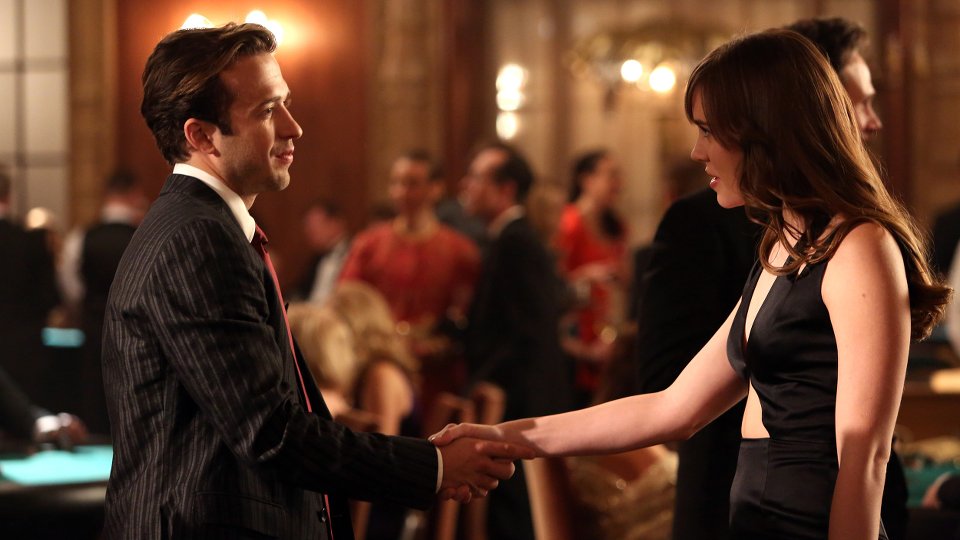 We’re fast catching-up to the US now with the third season of Revenge with only 3 weeks separating the transmissions.

Things are getting very tense on the show with Emily (Emily VanCamp) fooling the Graysons into believing they have the upper-hand. In the last episode Emily leaked the revelation about her fake pregnancy during a night at the opera whilst Margaux’s (Karine Vanasse) dad Pascal (Olivier Martinez) was revealed to be involved with the framing of David Clarke. It appears Pascal has his eye on Victoria (Madeleine Stowe) too.

Elsewhere Nolan (Gabriel Mann) found himself with a new houseguest in the shape of Javier (Henri Esteve) a hacker friend he met in jail. This can’t be good news for anyone can it?

The next episode of the show is titled Addiction. Emily uses her newly single status to unravel a mystery from the past as she throws a casino night for the Hamptons’ elite. Margaux gets a tempting job offer.

Tune into E4 on Monday at 9pm to see the episode. Preview all the action in our gallery below: