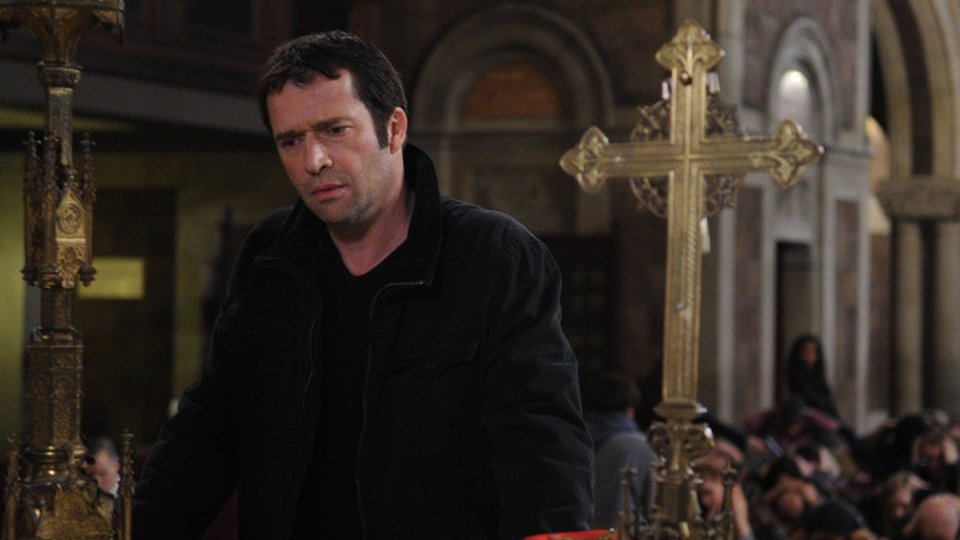 We’re only two episodes away from the end of the second season of The Following and things are going to get bloody.

At the end of the latest episode, The Reaping, Mike (Shawn Ashmore) got revenge on Lily (Connie Nielsen) for the murder of his father by shooting her whilst a horrified Max (Jessica Stroup) and Ryan (Kevin Bacon) looked on. This isn’t going to be good for Mike is it with the twins still on the loose?

Elsewhere Joe (James Purefoy) escaped from Korban with Emma (Valorie Curry) and discovered that Claire (Natalie Zea) isn’t really dead. Will he go after her now? He’s also got Preston Tanner (Carter Jenkins) hostage still after forcing the boy to murder someone in a bid to get back at his father Kingston (Tom Cavanaugh).

The penultimate episode of the season is titled Silence. As Joe Carroll puts his final plan into action, Ryan and Mike pull out all the stops to prevent more innocent lives being lost.

Tune into The Following at 9/8c Mondays on FOX in the US and 10pm Tuesdays on Sky Atlantic in the UK. Preview the episode with our gallery below: