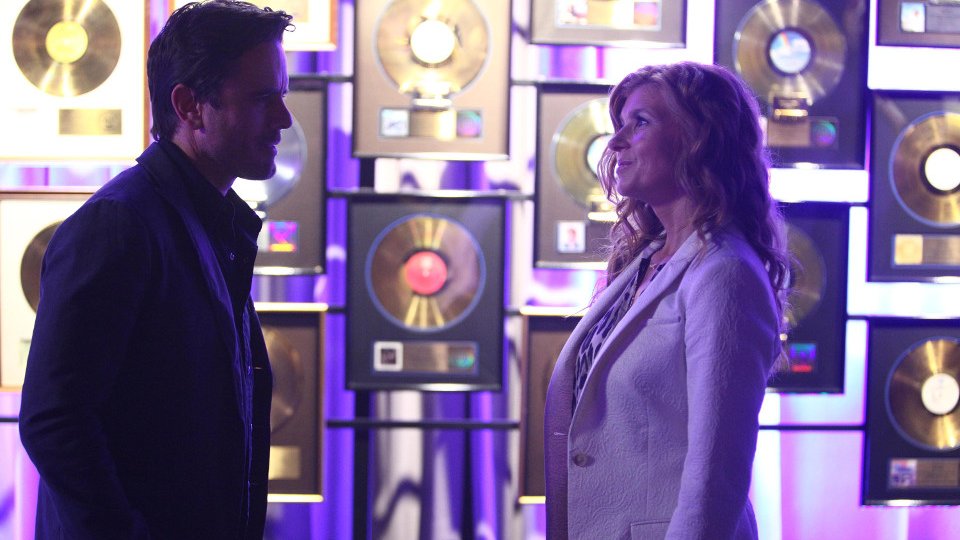 It’s like all of our wishes are coming true this season on Nashville as it was confirmed tonight that Peggy (Kimberly Williams-Paisley) was killed by the shooter at the end of last week’s episode.

No more fake pregnancies, no more silly sub-plots and hopefully a whole lot less of Teddy (Eric Close) in the weeks to come. It was also revealed tonight that Will Lexington (Chris Carmack) had endured a breakdown of sorts after sleeping with Brent (Derek Krantz) last week but thankfully he’s still alive in part thanks to Gunnar (Sam Palladio).

Elsewhere in tonight’s episode Scarlett (Clare Bowen) failed to be professional and let an opportunity to write for Kelly Clarkson with Gunnar slip through her fingers. Juliette (Hayden Panettiere) suffered another hit to her reputation after an edited video saw her proclaiming there is no God and Rayna (Connie Britton) finally came good and bought herself out of Edgehill.

Next week’s episode Just for What I Am brings yet another bad day for poor Juliette. Jeff (Oliver Hudson) is furious with Juliette when bad publicity surrounding her leads concert venues to bail out of the tour. Zoey (Chaley Rose) is upset when Gunnar neglects her.

Tune into More4 on Thursday at 10pm to see the new episode. Preview all the action with our gallery below: