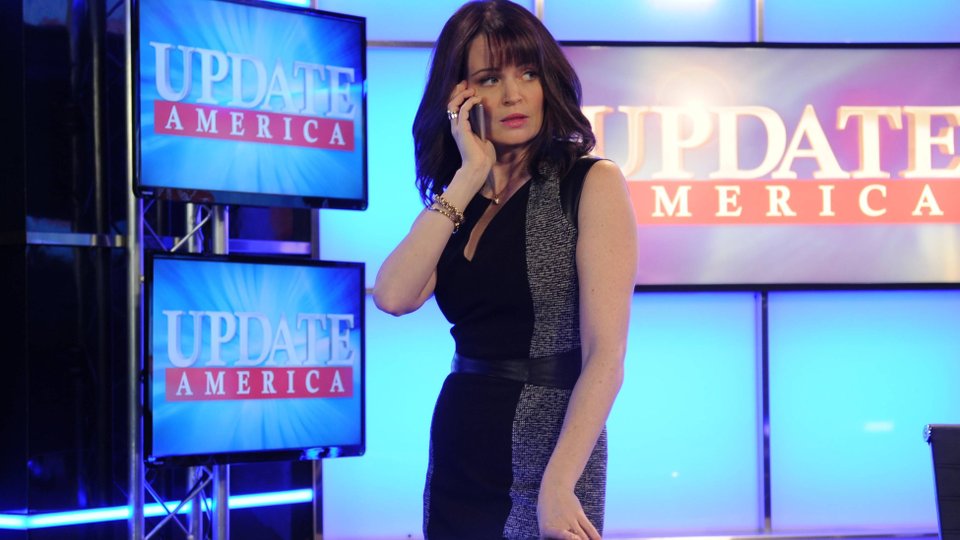 As we head into the final stretch of The Following’s second season, it seems that FOX are keeping things tightly under wraps.

For the season’s next episode The Reaping, only 1 promotional image has been released featuring Carrie (Sprague Grayden) on the set of her news show. Is it safe to assume she’s going to be targeted by Joe’s followers once again?

The official synopsis for the episode says:

Ryan’s (Kevin Bacon) plan doesn’t quite go as intended when he tracks down the location of the Korban compound with hopes of infiltrating and capturing Joe (James Purefoy).

Last week’s episode Betrayal saw Mandy (Tiffany Boone) murdered by Lily’s (Connie Nielsen) sons Luke and Mark (both played by Sam Underwood) after she refused to give up Joe’s location. Claire (Natalie Zea) also reunited with Ryan and at the end of the episode asked Carrie to help her do something. We wonder what that could be?

The Following continues Mondays at 9/8c on FOX in the US and Tuesdays at 10pm on Sky Atlantic in the UK. Check out the trailer for the episode: