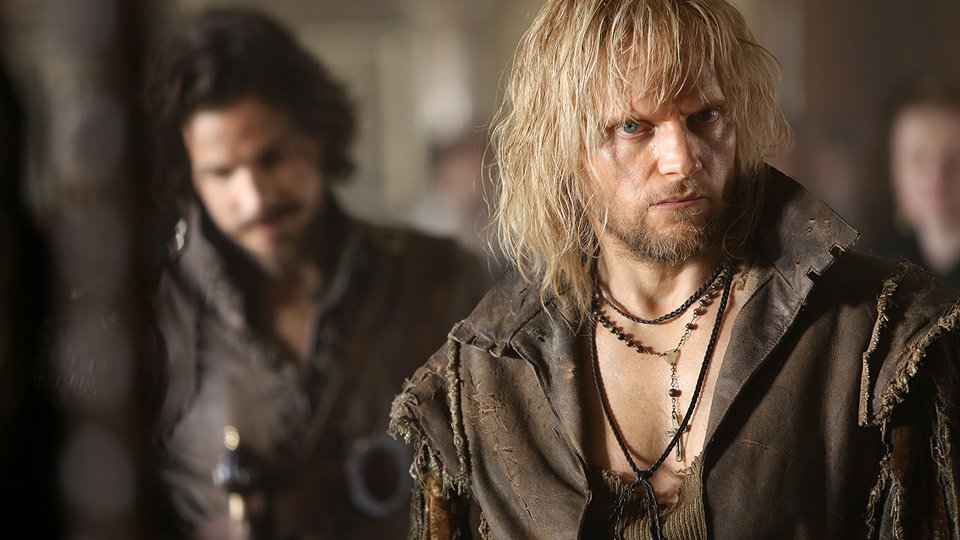 Marc Warren has joined the cast of The Musketeers for the show’s second series.

The Hustle and Mad Dogs actor will play the Comte De Rochefort, a dashing and persuasive aristocrat with a talent for sword fighting and a taste for adventure. As the series progresses the true nature of his plotting is revealed and everyone around him is drawn into his sinister web. Ultimately only the Musketeers and their loyal allies and friends stand between him and a desperate act that will change all their lives forever.

Talking about the role Marc said, “I’m delighted to be part of the BBC’s stylish and exciting take on the Dumas classic. Once I’ve overcome my fear of horses I’m sure it’ll be a walk in the park.”

Marc will join returning cast members Luke Pasqualino, Tom Burke, Santiago Cabrera and Howard Charles in the new series. Adrian Hodges is the creator of The Musketeers which offers a fresh and contemporary take on the classic characters in the much-loved novel by Alexandre Dumas.

The first series of the show was a big hit for BBC One pulling in an average of 6.3 million viewers across the 10 episodes. It has been sold to 20 broadcasters and will transmit in 78 countries.

Filming on the second series is taking place now in Prague with transmission expected in 2015.

In this article:Marc Warren, The Musketeers