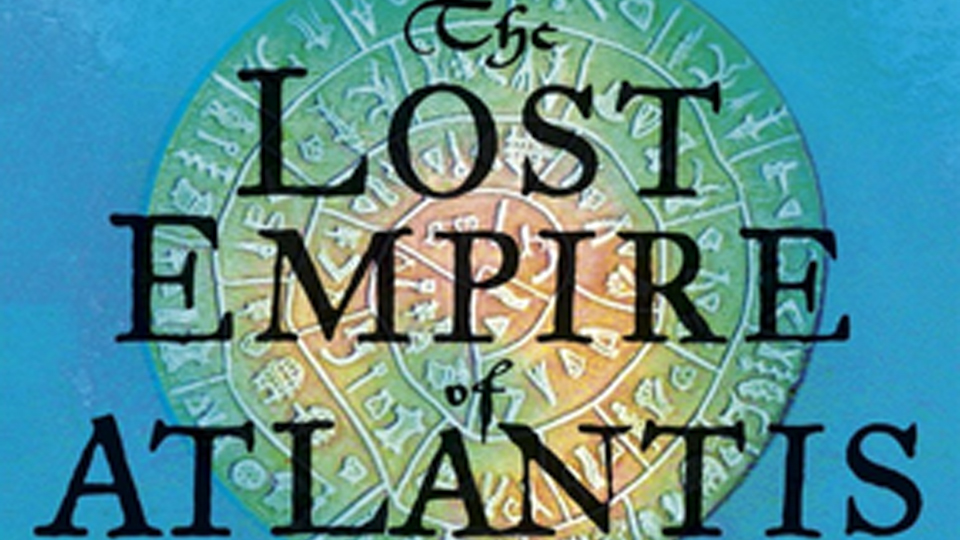 The Lost Empire of Atlantis? You may well wonder about the title because the tantalising description of Atlantis Plato describes as having been lost to the water is said to be an island. This book is a persuasive argument, by adventurer, old sea dog and amateur historian Gavin Menzies that Atlantis was part of the Minoan civilisation, an ancient sea power whose influence stretched from Crete all around the globe in the second and third millenniums BCE.

The thrust of Menzies’ book suggests that the Minoan empire expanded between around 3000 BCE and 1400 BCE; that the great sea-faring nation traded with India, reached Africa and Western Europe (including Britain) and even ventured as far as North America where they mined copper from Lake Superior. Menzies suggests that the Minoans kick-started the Bronze Age, and that their knowledge and use of the alloy gave them their fantastic wealth and power. Yet the civilisation came to a catastrophic and premature end when Mount Thera erupted in 1450 BCE, causing a giant tsunami and inevitable famine, starvation and plague. In an age when few nations recorded their history (it was almost a millennium before Herodotus, the father of history, began writing), events became stories, which became myths and legends – distortions of the history but with tantalising grains of truth remaining. Menzies sets out to investigate the clues left behind by the Minoan civilisation and presents a fascinating narrative of their culture and influence.

Reading like an adventure story full of international exploits, The Lost Empire of Atlantis is enormous fun. Menzies himself is a charming host, part Indiana Jones, adventuring in far-flung places and solving ancient mysteries; part swashbuckling hero (he can never resist mentioning his encounters with nubile young ladies of various ports from his seafaring glory days). Purists and those who prefer their history served up a little drier but on a more secure plate, may find Menzies’ personal digressions and enthusiastically-offered speculations anywhere between frustrating and barmy, but they are a treat for the more casual reader. He’s comparable to Graham Hancock, the maverick yet persuasive investigator of ancient mysteries.

That’s not to say Menzies presents no evidence – he presents plenty. Neither is he scared to examine evidence from a variety of disciplines. His account of DNA comparisons to trace the Minoan ancestry within world populations is compelling. He starts from his first clue of seeing a fresco of Minoan naval ships on their home island of Crete. From there he expands his research to Egypt, where he presents his reasons for believing that the Minoans brought bronze to the ancient civilisation before it was a major superpower.

The story becomes even more incredible, and closer to home, when Menzies suggests that everywhere the Minoans went they left wood or stone circles, and he postulates, using archaeological evidence to back it up, that they may have use stone circles such as Stonehenge as circular observatories, as their level of astronomy was vastly in advance of every other culture of their time, and for centuries afterwards. What on earth were they doing in Britain? Menzies conviction relates to copper and tin mines, which is also what he argues drove the Minoans as far as America.

The accepted history that Columbus discovered America is one that has for some decades now been consigned to the rubbish bin, since obviously the New World had human civilisations of its own, whose ancestors crossed the then-frozen Bering Strait during the last Ice Age. However, Menzies’ argument is that Columbus wasn’t even the first from a Western civilisation to reach the continent, and it’s a staggering concept that the Minoans may have beaten him to it by almost three millennia. The Lost Empire of Atlantis is at its best when it makes you stop and think about the far-reaching consequences of Menzies’ argument in terms of our understanding of the overall picture of developing human history. His work is an invitation to historians to reassess accepted understandings of ancient history, where more credit is due to the culture that time forgot.

The book is best viewed as an adventure story, trailing a fascinating but tantalisingly obscure lost ancient civilisation all over the world. It’s tremendous fun, and captures a compelling portrait of the Minoans, pieced together by evidence. Whilst it’s true that Menzies probably isn’t on as solid ground as he may think with some of the conclusions he derives, and he’s occasionally plain wrong (the earth isn’t further from the sun during winter as he suggests at the start of Book IV – it’s always summer somewhere on our spherical planet!), he’s at his most convincing when the various strands of evidence unite to present a compelling argument.

The Lost Empire of Atlantis is in essence a celebration of Minoan culture and their achievements as far as we are able to understand them now. It’s told with wit, passion, and enough academic rigour to mostly convince.