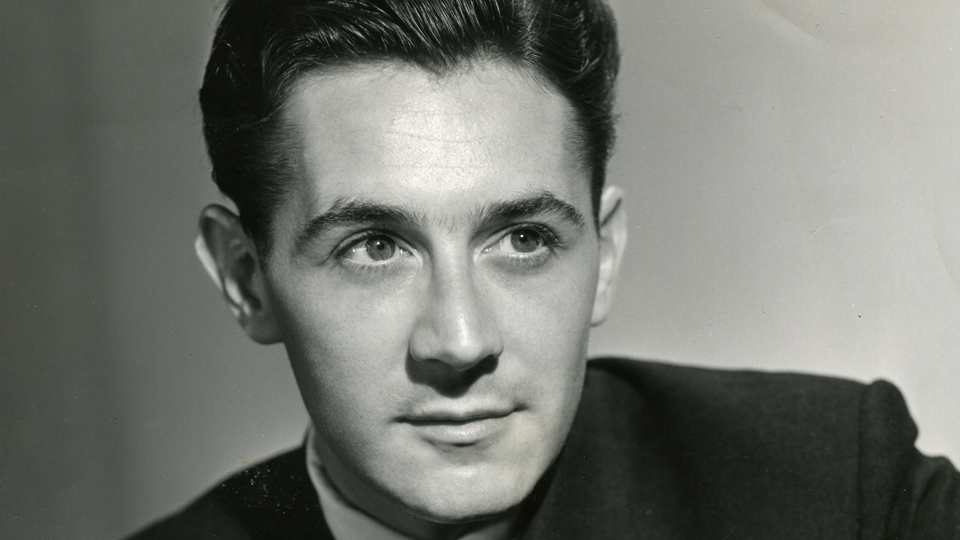 We recently gained an insight into the remarkable career of actor, director and sometime writer Robert Gillespie. After seeing his play Love, Question Mark and ranking it our top theatre production of 2011, we were keen to catch up with him before his next production, Making Dickie Happy, hits the stage at the Tristan Bates Theatre in March.

Whilst Robert Gillespie is a readily-recognisable face thanks to his roles in countless British films, dramas and sitcoms, especially for his starring role in Keep It In The Family, he’s devoted as much of his career, if not more, to the theatre, where we feel his heart really lies.

Whilst sitting in the room where he wrote The Consumer’s Guide To Religion – the controversial That Was The Week That Was sketch originally performed by David Frost that made television history – we put some questions to Robert that helped us shape an understanding of his whole career.

In the first part of our profile, we start at the beginning and ask Robert about his time training at RADA and his seasons at the Old Vic that immediately followed.

How you first gain an interest in the theatre?

There was an English teacher at my school, who had just come out of the war, and he started putting on plays. I ended up after a small part in The Critic playing two leads, one in a Molière play and another in a Plautus play. I was also a member of the local amateur dramatics society, which was a huge one called the Garrick at Altrincham. I started going to Saturday classes there, and that’s how it all began. Instead of going to university I thought I’d try acting. By then I already had a sense of what good acting was anyway, as the amateur dramatics society had about five members who were professional class. Some of them got radio work.

Did you ever consider a career outside of the theatre?

We share similar horror stories of think small careers advice, and then I ask Robert about his time training as an actor at RADA in the early 1950s.

When I was there it was run by this dreadful old man, Sir Kenneth Barnes, and it had been bombed in the middle of the war so we didn’t have a proper theatre, only a basement theatre. We were doing voice classes with pneumatic drills for two years. Of course you had to pay and it was a rip off.

Robert Gillespie in Limes From Sicily

What do you view as the problems with your time at RADA?

There were far too many students. Nowadays if you’re at drama school and paying thousands of pounds, you’re guaranteed some sort of public showing and agents are invited. In my last year, there were ninety actors and only forty-five parts available in the public showing, which we performed at the Phoenix Theatre. Of the forty-five available parts, only fifteen were worth playing. The rest were just, ‘Your carriage awaits’, so that was your public performance. It gives you an idea of what it was like. So half the students had paid their money and weren’t even going to get a public performance, it was that kind of racket. The best thing about it was the voice, which was very good, and some of the movement. There was one competent female director called Mary Duff. It didn’t change until John Fernald came in, who was a proper professional. So I had enormous reluctance going back there because it was such a disgrace.

Did it have a prestigious reputation even at the time?

I thought it was a temple of arts back in Cheshire, but the nearer you got to it, the more cynical people became. It was Americans who bought into it, particularly women. They had the money and it had a reputation even three thousand miles away. So the awful reality of it…

What sort of thing were the students up against?

We did Cymbeline in the little theatre. There were so many people, especially girls, so if you played the lead you never got the whole of it to play. They chopped it up and you were given an act each. I got clever very quickly, as essentially a character actor I never used to even bid for a lead, I’d say, ‘Can I play Tony Lumpkin?’ and I’d get the whole part! But Imogen was divided into eight – can you imagine! It’s essentially a speech each. Imogen goes into a cave at one point because she’s cut off from society: so for our performance into the cave went a very short Jewish girl called Ethel Schlesinger, with a very New York accent; then my friend Linda came out and she’s almost six foot (laughs)! We were paying for this, or in my case a local authority, as I got a very good grant from Cheshire County Council, unavailable now of course. Instead of university my higher education was RADA, and it was enough to live on.

So what was your final performance?

I was a character called Reedbeck in a Christopher Fry play called Venus Observed. He’s 65. I was 19. It was supposed to be taken seriously! I didn’t have confidence playing an old man. I’m told I gave a beautiful performance, but it wasn’t very audible. It didn’t go much further than the first few rows, and it was a big theatre. I received a wonderful letter about my performance from Felix Aylmer, a lovely character actor who was also president of Equity. He was the right age to play Reedbeck at the time.

Why did you end up cast in the old men parts?

There was no technical course, so they tried to con whoever looked unlikely to make it as an actor into stage managing. In my first term for the first play I volunteered, and then I realised I was being steered away from acting. So the next time I refused, because I wanted to act. There was that kind of battle going on. But if you were under a certain height, you couldn’t fall in love. So I never got a juvenile part to play. The one time I was allowed to be in love with a woman was because it was North Country. When I came to RADA I had a strong Cheshire accent, which I was told I had to get rid of. So when I went back to my mates after a couple of terms, they all said: “You’re talking funny”, so I was caught in the middle! But if you were short you could only play parts like this [Robert adopts a Quasimodo pose]. So I played Bottom, Tony Lumpkin – that sort of thing.

Robert Gillespie in A Man For All Seasons, 1961.

Was the situation any better outside of drama school?

No, it was the same with rep, you’d see twenty year-olds come on and play 70 year-old colonels in an Agatha Christie. I would have to look down in embarrassment it was so awful, and they wonder why rep collapsed. It was full of that level of performance. Don’t ever let anyone kid you that rep was this wonderful breeding ground where actors practiced how to do it properly – they didn’t. Rep collapsed because it wasn’t worth the audience’s money. I hoped I’d never be in an Agatha Christie, but I was at Ipswich rep and I got conned into being in Murder in the Vicarage, one of the most awful plays ever written. My first line as the inspector was, ‘Murder at the vicarage, eh?’ (laughs) I remember at a matinee standing there with fifteen people in the audience and at the curtain call wanting to step out and say, ‘Please give theatre another chance – it need not always be as bad as this.’ That was rep for me, not always, but mostly. It was a joke to learn the whole play in a week. With a two-week rep you could just about come up with something worthwhile. Once you got to three weeks it was possible, but hardly anyone rehearsed for that long.

You say you were reluctant to return to your alma mater, but you recently did as part of the audition and casting process for your latest production, Making Dickie Happy. Has it helped to exorcise some of the demons?

It’s amazing to see the change since I was there. It was very strange going back! If you go in through the Gower Street end it’s faintly recognisable because of a split staircase that used to go up to the workshop rooms, but otherwise there’s an amazing security desk and reception. You go through to the Malet Street side and it opens up to this lovely glass frontage with foyer and playing space. The artistic director, Edward Kemp, has been tremendously helpful. Having been introduced he asked if I’d like to see a show – they now have three auditoriums. I decided I would see one: and went down into the basement, and when I walked in there was the strangest feeling because it was immediately recognisable: the stage was in the same place! There was the box where Sir Kenneth used to come in with his little spaniel and sit…

Given the problems you faced at RADA, how on earth did you manage to start your professional career with two seasons (1953-55) at the Old Vic no less?

I noticed that they were auditioning, I went along – and I was hired! The surprise at RADA was amazing (laughs)! Me getting work at all, but at the Old Vic! In my first season Richard Burton (who led his own clique of drinkers) played Hamlet; Claire Bloom played Ophelia, Michael Hordern played Polonius. It wasn’t a great Hamlet, but it was an impressive line-up. At the end of the season I was hired again. So I started in the theatre against all possible odds and expectations. I even played a fifteen year-old – Fleance in Macbeth! Paul Rogers was Macbeth, and there were all these amazing people around. So there I was for two years and it was a wonderful platform. The productions were not all great, but at the end of the two years, a man called Douglas Seale came to do Henry IV parts I and II – they were wonderful! It was like being on hold for many years and then recognising class. John Neville played Pistol, and it was the best performance I ever saw him give. Paul Rogers was Falstaff, Robert Hardy was Prince Hal and it was a magnificent two productions and fantastic to end on them. It was what theatre should be!

Come back for the next part of our profile of Robert Gillespie where we find out the story behind his legendary sketch for That Was The Week That Was; and learn how he started out in television, eventually settling into the comedy genre with appearances in numerous classic series.

Robert Gillespie in an adaptation of The Caine Mutiny