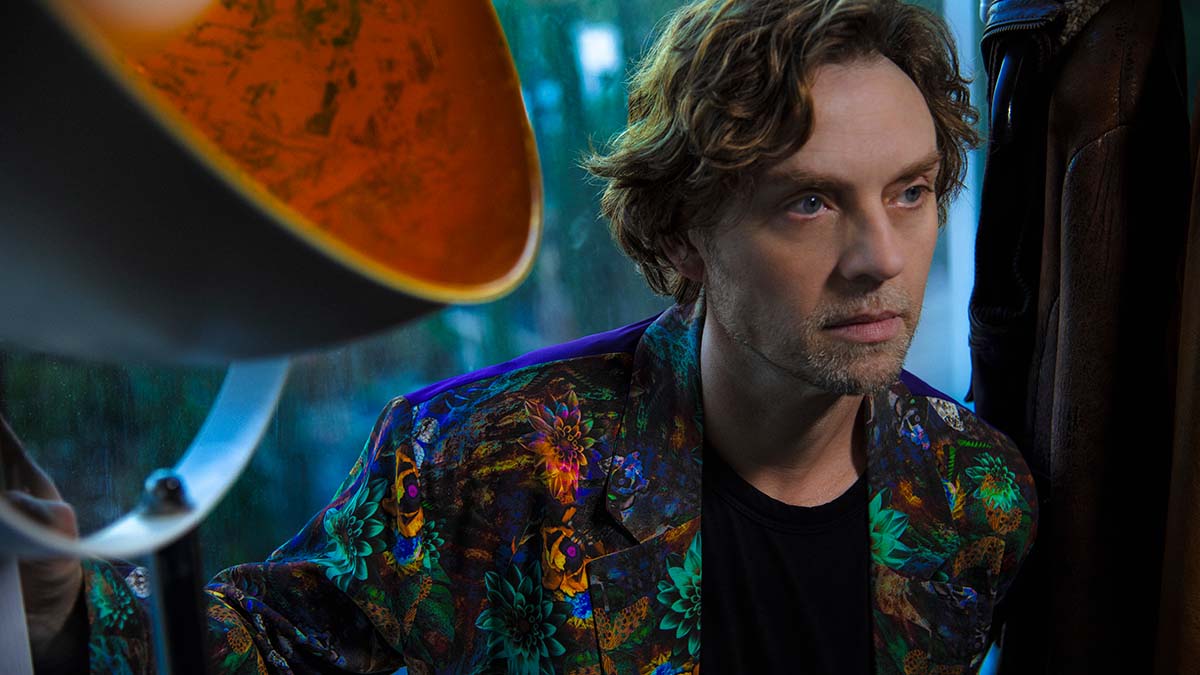 Darren Hayes rose to fame as one half of the hugely successful Australian duo Savage Garden in the late 90s. With two multi-platinum albums under their belt, it came as a surprise to fans when they split in 2001. Hayes went on to forge a solo career starting with his debut album ‘Spin’ in 2002, which saw him take elements of what made Savage Garden successful and push his own musical boundaries. Second album ‘The Tension and the Spark’ was the beginning of Hayes really experimenting with his sound, something that continued through 2007’s ‘This Delicate Thing We’ve Made’ and 2011’s ‘Secret Codes and Battleships’. Incredibly it’s been 11 years since Hayes’ last solo record but today he’s finally back with fifth album ‘Homosexual’.

‘Homosexual’ is an important record for Hayes and it’s one that confronts a lot of trauma from the singer-songwriter’s past. In the closet until 2006, Hayes was married to a woman at the beginning of Savage Garden’s rise to fame, and he’s said in interviews recently that being signed to a major label limited his ability to be open about his sexuality. In many ways, ‘Homosexual’ is rectifying those experiences with Hayes fully embracing his sexuality and his history, while celebrating love in all its forms. From the colourful artwork through to the attention-grabbing title, it’s clear that Hayes is in a good place when it comes to self-acceptance.

The music across the 14-track set delves deep into pop and dance territory drawing influence from the ‘80s, ‘90s and ‘00s. Lyrically it’s Hayes’ boldest work to date and it’s worth noting that he has written, produced, mixed and performed every song on the record. Opening with lead single “Let’s Try Being In Love”, Hayes sounds fresher and freer than he’s ever sound. That jaw-dropping falsetto that always been his showpiece is on display as the track builds from a low-key dance track into a euphoric celebration of being out and proud.

Every track on ‘Homosexual’, with the exception of ‘Poison Blood’, runs for over 5 minutes with a couple – ‘Hey Matt’ and ‘All You Pretty Things’ – clocking in at closer to 10 minutes. In an age where pop songs are getting shorter (2 and a half minutes in the norm these days), it’s refreshing to hearing a body of work that’s allowed to breathe. Hayes is afforded that opportunity by being free from major labels. The two-part title track – ‘Homosexual (Act One)’ and ‘Homosexual (Act Two)’ – provide stark contrasts with one another. The first is a bouncy carefree-sounding pop gem exploring self-discovery while the second has a darker electro-pop feel with lyrics suggesting that perhaps God is a homosexual.

Elsewhere on the record Hayes unflinchingly explores depression on the dark beat-driven ‘Hey Matt’, ‘Music Video’ uses an interesting vocal effect to make Hayes sound like a youngster as he reminisces about growing up and coming to grips with what made him different, and ‘Euphoric Equation’ is an intriguing mash-up of the Pet Shop Boys and Madonna that tackles domestic violence with Hayes taking aim at his father (something he explores even further on ‘Nocturnal Animal’).

The highlight on the record is the heartbreaking ‘Feel Like It’s Over’, which sees Hayes singing about a relationship where the passion has fizzled out and been replaced by unspoken words and a feeling of loss. The album’s closing track, ‘Birth’, is the set’s most experimental moment as Hayes explores his lower range as he battles with his true self showing itself.

‘Homosexual’ is a cohesive body of work from Hayes that ranks amongst the best material he’s put out to date. You can choose to groove to the beats or delve deep into the personal lyrics, or do both at the same time, and you’ll be rewarded. Hayes deserves to be held high among the best pop artists in the music industry and his work is certainly far more interesting than the cookie cutter pop that clogs up the charts these days. ‘Homosexual’ is a triumph and it’s a direction that suits Hayes down to the ground.

In this article:Darren Hayes, Savage Garden