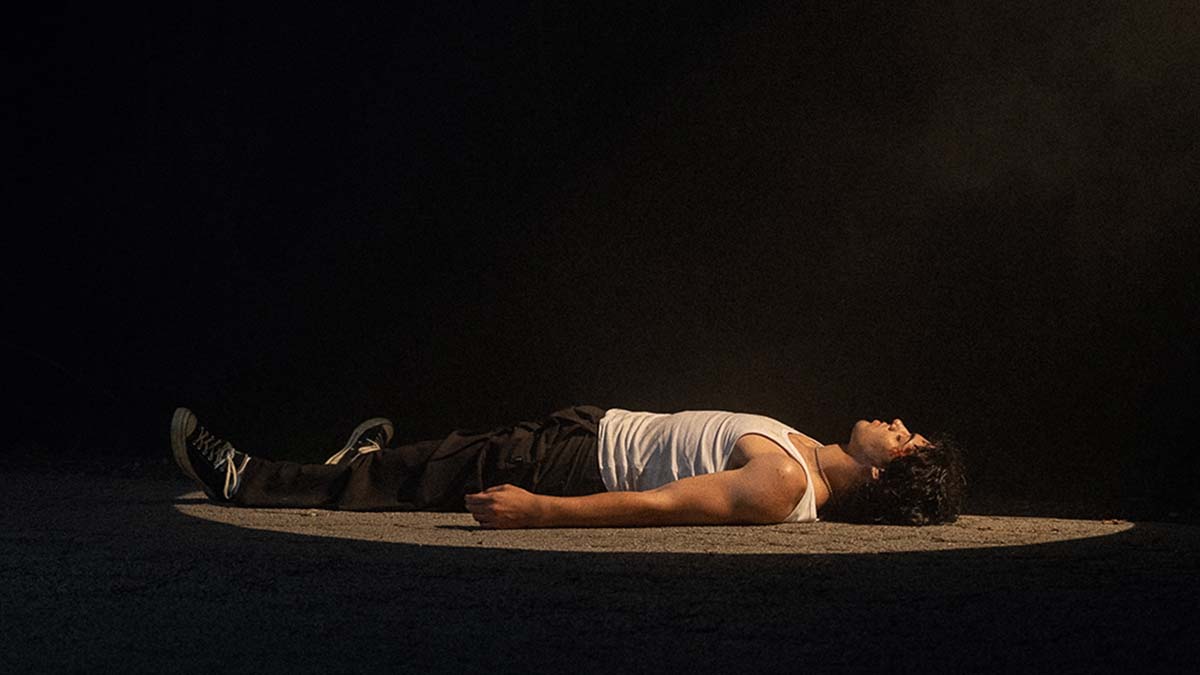 Mergui has released ‘Paradise’, the latest taster of his upcoming EP ‘Dark Side of the Rainbow’ which will be released tomorrow (7th October) via Saban Music Group.

‘Paradise’ is Mergui’s own personal admission of his crumbling relationship, putting on a façade and trying to enjoy the moment whilst it lasts. The video is the final installment in the trilogy of previously released visuals which sees Mergui now lying on the ground injured contemplating his feelings before he can be seen trying to run away to escape his problems.

The new single follows ‘Sucks To Know You (FU)’, produced by Russ Chell (Tate McRae, Lil Baby, Juice WRLD) which has already clocked up over 2.4 million views, and the emotional ballad ‘Lie Like This’, produced by Mike Dean (Jay-Z, Beyonce, Drake).

Mergui is confirmed to perform ‘Sucks To Know You (FU)’ on ‘The Kelly Clarkson Show’ on NBC on 1st November.

‘Dark Side of the Rainbow’ sees Mergui reflect on his high-profile three-year relationship with another high-profile international pop artist. Right before recording this record, the pair broke up.

“It was complicated having a relationship in front of the cameras, and at such a young age,” says Mergui. “The media was a part of our relationship at every turn. And that took a toll. I knew through my music I needed to work things out.”

The track list for ‘Dark Side of the Rainbow’ is: