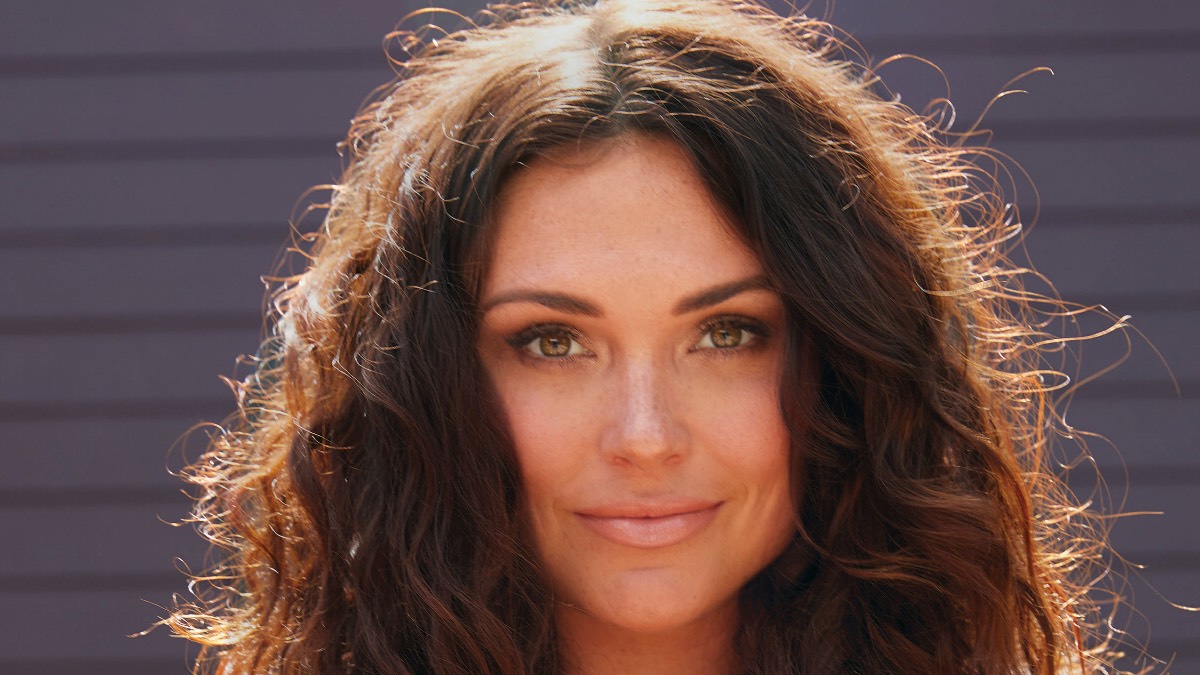 Kylie Morgan released her debut EP, ‘Love, Kylie’ last year. We were big fans of songs such as ‘I Only Date Cowboys’ and ‘Outdoor Voices’. We also loved her video to ‘Shoulda’, Morgan is a natural in front of the cameras! Between her first EP and her second, the singer has more than doubled her social reach and surpassed 100 million worldwide streams. She also got engaged and this month made her debut on the main stage at CMAFest too!

New Project ‘PS’ picks up directly where ‘Love, Kylie’ left off in terms of sound and style but there has been definite growth in terms of the scope and ambition of the songs. “I was still writing my own story on the first EP,” Morgan says. “Now, I can truly sit here and say, ‘I am so happy in my life.’ I feel like all my boxes are checked. I have my foundation and can truly be the person I was always meant to be for myself, my family, my friends, and my fans.”

Morgan co-wrote each of the seven songs on ‘PS’. Each track is a chapter of her story. She wanted to close the book on her early years before she moved on to a different project. The songs – which include the anthemic “Independent With You,” “If He Wanted to He Would,” a lesson about how to know if a guy is interested, and “Mean Girls,” a vulnerable missive about growth from pain – are messages to her younger self but they are also much more than that, they are messages of resilience and hope to women everywhere, encouraging them to stand down their fears and overcome the roadblocks that they, other people and society sometimes put in their way.

‘Independent With You’ kicks things off in fine style. It’s a Pop-leaning power ballad, part Katy Perry, part Maren Morris. It highlights the strength of her vocals as she asks ‘Do I have to chose? Can I be independent with you?’ That message of empowerment is re-enforced on ‘If He Wanted to He Would’. This is a delightful track full of John Waite-style chugging guitars. The lyrics are superb. Snappy, raw and right what girls in their mid twenties need to hear. ‘He won’t suddenly be the somebody you wish he always was,’ Morgan says, empowering women everywhere to ‘quit lying’ to themselves and see through the lies and broken promises of an unreliable guy. There’s a tasteful, bluesy guitar solo thrown in for good measure too.

If it’s guitars you like, look no further than ‘Love Like We’re Drunk’. Morgan does her best Smash Mouth, 90s college rock impression here as she issues a call to arms to all of us to be better, to be kinder and to get along. A big drum driven breakdown in the final quarter sees the handclaps and Sum 41 style baseline drive the song home in fine style.

The two best songs on ‘PS’ come in a mid-to-latter double punch. ‘Country Anyway’ and ‘Over a Redneck’ really highlight the potential that this unique and special artists has. The former, which features long-time mentor Walker Hayes, is the story of a naive girl who moves to Nashville with her boyfriend and then gets dumped but can’t get rid of him! It’s the story of co-writer Elaina Jones but Morgan relates: When she moved to Music City at 19 years old, her boyfriend followed her there, only to later break up with her! Honest, clever lyrics compete with a summery, FM radio vibe that leaves you wanting to dance, smile and punch the guy in the face at the same time! ‘Over a Redneck’, meanwhile, is a huge commercial Country ballad in the style of a Carly Pearce or Priscilla Block. It builds to a big chorus with more clever lyrics and imagery based around the use of the colour red. Dirt, T-shirts, Marlboro and sunsets are all mentioned in Morgan’s efforts to get over this particular redneck. A decent guitar solo is easy on the ears as Morgan pleads, ‘For the first time in my life I wish I was colourblind’. Classy stuff.

The project is rounded off by ‘Gucci’, in which Morgan uses her favourite phrase, ‘It’s all Gucci, baby’ in a Pop song with chilled out vibes and some slick, unique vocals. EP closer, ‘Mean Girls’, meanwhile, is an honest, raw look at how ‘mean girls can show how bad words can hurt………I’ve got Jesus, whiskey, guitars, good friends…….and thick skin,’ she sings on a song about resilience and growth. It’s mature, grown up storytelling and feels a very appropriate way to close down this chapter of Morgan’s career as we await the next part of her journey with some anticipation.

‘PS’ is a slick, varied and honest take on mid-twenties, early thirties life. There’s laughter, drinking, tears, empowerment and love – which just about sums up what life is like at that age. Morgan will no doubt easily connect with that demographic and there are enough ‘radio friendly’ songs on the project to ensure her name begins to become synonymous with quality Country-Pop music. Great stuff, with the promise of more to come!