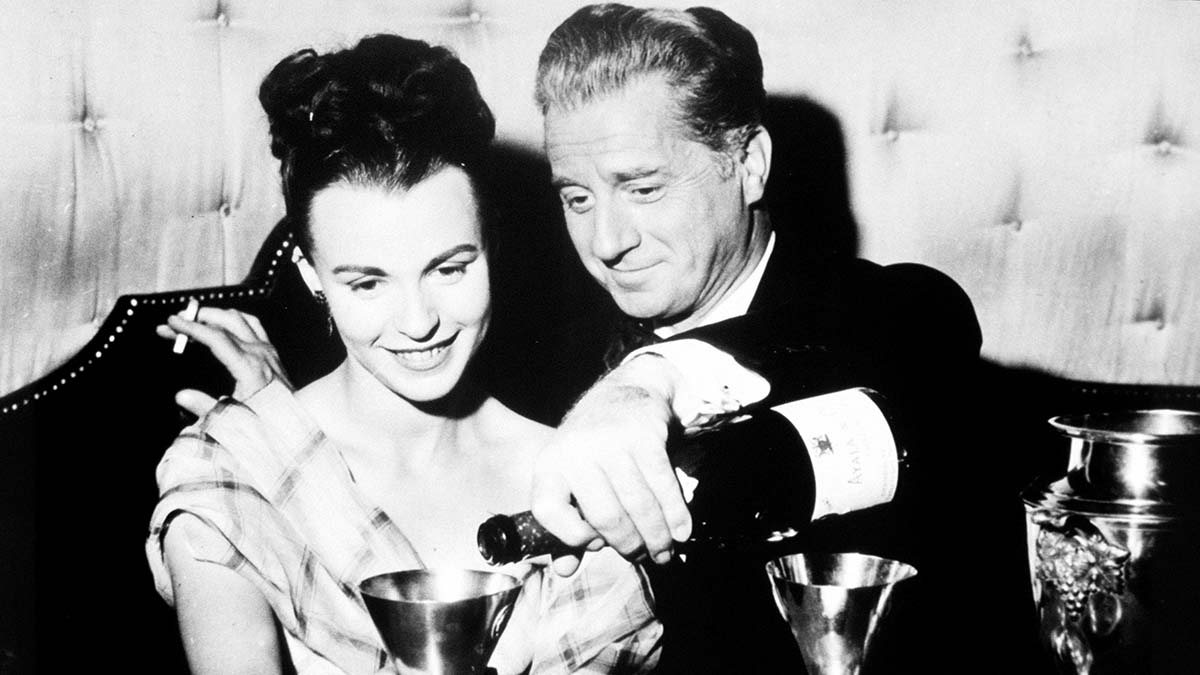 ‘Innocents in Paris’ is a 1953 British-French comedy of manners boasting a stellar cast. Brits from diverse backgrounds descend on the airport united only by one thing – they are all jetting to Paris for an unforgettable weekend. High ranking government official Sir Norman Barker (Alastair Sim) is heading over to meet his Russian counterpart for crunch talks; elderly lady of leisure Gwladys Inglott (Margaret Rutherford) wants to visit the Louvre and appreciate art; young Susan Robbins (Claire Bloom) is looking for romance and Scotsman Andy McGregor (James Copeland) similarly has a date with destiny. Their standalone stories interweave, following a similar pace and pattern, so that after everything seems lost for everyone involved, it all works out splendidly in the final act.

The most enjoyable aspect of ‘Innocents in Paris’ is the terrific ensemble cast. At the time, Alastair Sim and Margaret Rutherford were at the pinnacle of their careers. Sim had played his career-defining role of Scrooge only two years earlier. Rutherford had appeared in the acclaimed ‘The Importance of Being Earnest’ the previous year. They are always actors worth watching, and so they prove here, each playing to their strengths.

Alastair Sim, Scottish but playing English here, is given plenty of material to prove his credentials as a fine comedy character actor. His attempt to smile for the press as he leaves the airport lays the groundwork, but the pivotal scenes are when his stuffy diplomat exterior collapses as he becomes intoxicated on Russian vodka and infatuated with an erotic dancer. Anything for Queen and country. Similarly, Rutherford is in familiar territory as a batty, eccentric old woman who comes to admire imitation Mona Lisas more than the genuine article. Her delivery of the line, “Is he an art lover?” as she is caught in customs with a knock-off Da Vinci is comedy perfection.

The other stories mix in well to this charming and rather gentle comedy. Most notably, Claire Bloom is shown around Paris by an older but very sophisticated local (Claude Dauphin as the epitome of Gallic cool). Their romance encompasses champagne, snails and a trip to the lido. Lower down the social scale, James Copeland’s working class Scotsman finds romance at the fun fair after he falls in love with a local girl who reciprocates his feelings. There is an enjoyable cameo by French comic Louis de Funès as an increasingly irate taxicab driver in that instalment.

The nagging downside of ‘Innocents in Paris’ is that, save for their appearances together at the airport, the storylines of the main characters never elide. As in real life, the characters go about their business blissfully unaware of one another. How wonderful it would have been, though, to have Sim and Rutherford sharing scenes. It does feel like something of a missed opportunity. Inevitably, too, some of the unconnected stories will resonate more deeply with viewers than others. There is enough going on to keep viewers entertained for an hour and a half.

‘Innocents in Paris’ in an enjoyable light comedy, and very much a curate’s egg. It has some wonderful scenes, but others are less engaging. Many of the stories are quite similar too, featuring the search for love or romance. Location filming in and around Paris helps to lift the production and make it very easy on the eye. This restoration of the black and white print is sharp and shows no signs of creakiness, so the new Blu-ray is the best way to view the movie in its full glory. A special feature sees Agnès Poirier discussing the film and its place in cinema history.