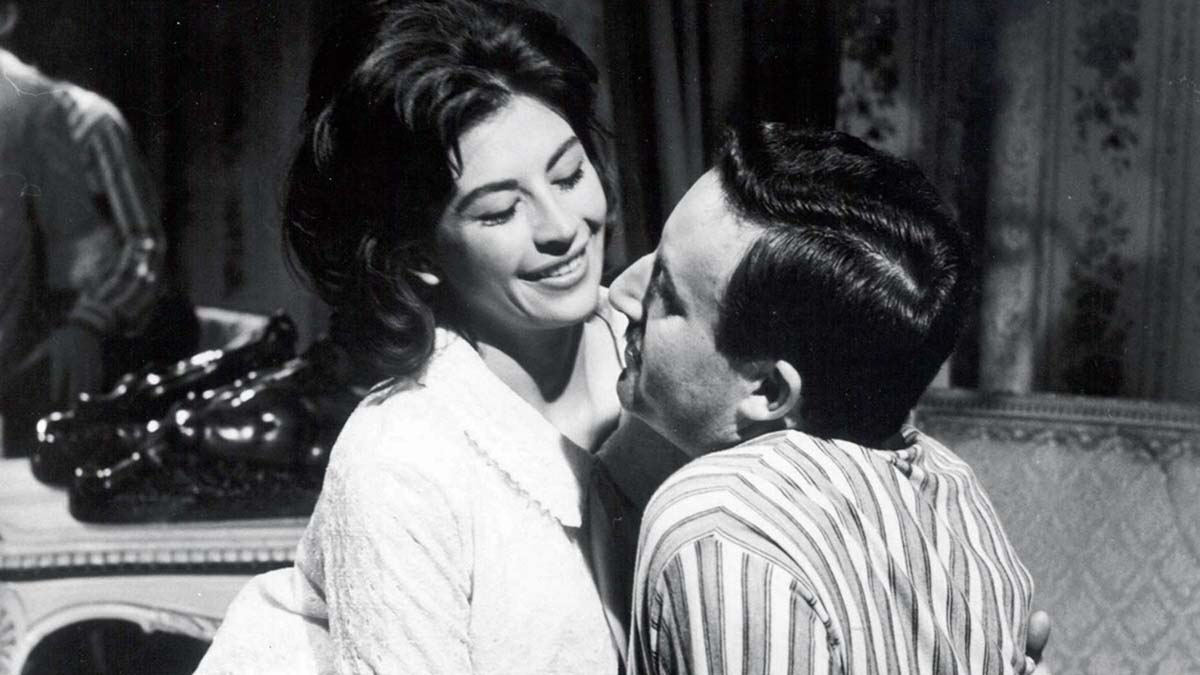 The 1963 British crime caper ‘The Wrong Arm of the Law’ has been fully restored and is being released on Blu-ray as part of Studiocanal’s ‘Vintage Classics collection’. The cast and crew is enormously impressive, and it caught everybody close to the peak of their careers.

For star Peter Sellers, ‘The Wrong Arm of the Law’ came out the same year that he made his debut as the comical French sleuth Inspector Clouseau in ‘The Pink Panther’. A year earlier had marked his first collaboration with Stanley Kubrick in ‘Lolita’, and ‘Dr. Strangelove’ lay in his near future. In playing the leader of a crime syndicate who masquerades as a French fashion designer, Sellers offers something of a close parody of his most famous role – the one that would dog him for the rest of his career. Watching him slip effortlessly between playing a cool and debonair Frenchman and Pearly Gates, a cockney crime boss, is to witness a genius performer of remarkable and often breathtaking technical ability.

Although certainly the star attraction, Sellers is aided and abetted by the cream of the British crop. Loveable Bernard Cribbins plays Nervous O’Toole, the leader of a rival criminal gang. I’ve seen many actors adopt an Irish accent and affect a nervous twitch over the years, but never with the total naturalistic conviction of Cribbins, who matches Sellers for technical ability and offers a stunningly crafted comedy performance. As if that wasn’t enough, Lionel Jeffries (who later went on to direct ‘The Railway Children’) completes the triumvirate as the hapless Police Inspector “Nosey” Parker. All three of them are, put simply, a joy to watch.

There are other great performances too. Nanette Newman is electric as Sellers’ double-crossing girlfriend, Dad’s Army’s John Le Mesurier plays the Chief Inspector, and Dennis Price (‘Kind Hearts and Coronets’) has a notable but uncredited cameo as an ‘educated’ criminal. Look out also for a young Michael Caine who fleetingly plays one of the police officers. The excellent Bill Kerr, known as Tony Hancock’s sidekick, provides a delightfully straight performance as Jack Coombes, the leader of an Australian criminal gang whose modus operandi is to impersonate police officers. With their Australian rival always one step ahead, the rest of the film revolves around Sellers, Cribbins and Jeffries forming a temporary truce and uniting against their common enemy.

In order for fantastic performances to grab your attention, a good script is required. Ray Galton and Alan Simpson, in collaboration with John Antrobus, deliver an absolute belter, including the punning names for the leading characters. The film is packed with witty one-liners and beautifully-crafted supporting characters, offering audiences plenty of laughs per minute. Galton and Simpson would go on to be one of Britain’s finest comedy-writing duos, and at this time they had already created their masterpiece, the enduringly popular situation comedy ‘Steptoe and Son’.

With a running time of little over an hour and a half, ‘The Wrong Arm of the Law’ doesn’t mess about. Instead, it delivers as a fast-paced and farcical comedy crime caper. The ultimate decent moral message is that crime doesn’t pay. The only downside of the film is that the inevitable car chase ending doesn’t quite come together in the edit. Director Cliff Owen has a much better grasp of the comedy in the studio-based scenes. Nevertheless, this innocent, fun and charming British classic has much to recommend it. ‘The Wrong Arm of the Law’ is something of a gem of early-60s British cinema.

The restoration for Blu-ray is stunning, with an incredibly crisp and sharp black and white print belying its six decades of age. There is a featurette with surviving writer John Antrobus, who divulges (in low picture quality Zoom call) the stories behind the making of the film.