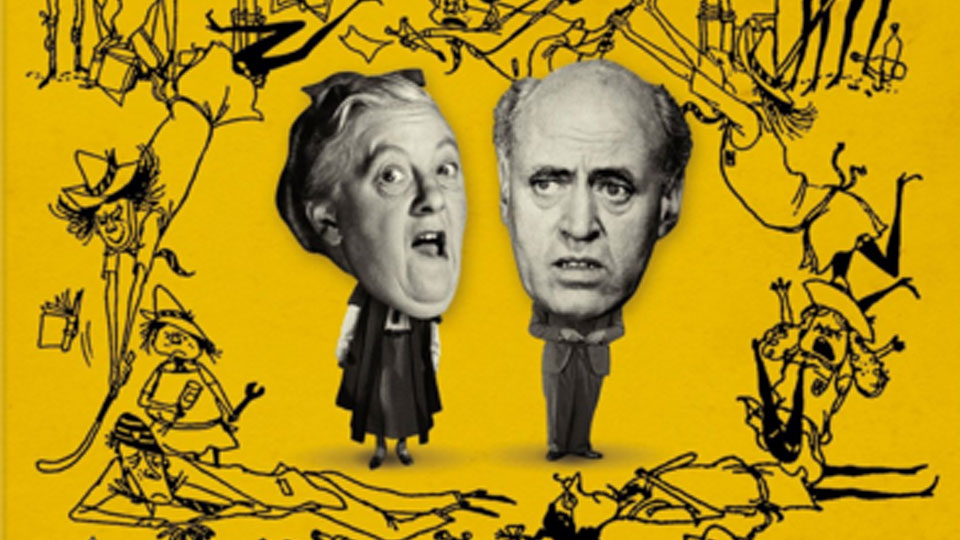 The Happiest Days of Your Life DVD review

The Happiest Days of Your Life is a delightful British farce from 1950 that pairs comedy greats Alastair Sim and Margaret Rutherford. It’s snappily directed by Frank Launder (who went on to make the St Trinian’s movies) and co-produced with Sidney Gilliat for British Lion Film Corporation.

Nutbourne College boys’ school is thrown into disarray when a large group of girls from St Swithin’s unexpectedly descends. Headmaster Wetherby Pond (Sim) is in the running for a position at a prestigious boys’ school, and he needs to impress the governors who head to Nutbourne to see how he runs his current establishment. Meanwhile Muriel Whitchurch (Rutherford) has to co-ordinate a visit of parents of her girls, whilst at the same time efforts are made to keep the boys and the girls separate. A device is conceived whereby two separate tours of the school will take place, with rapid shifts between the boys and the girls: the only question is, can the plan run like clockwork for long enough to get away with the deceit?

The movie is great anarchic fun with plenty of deliciously witty lines of dialogue, delivered to perfection by Sim and Rutherford. As the story progresses, the pair grow from being hostile with each another to working together and finding mutual respect and admiration. As two of the finest comedy actors of their day, Sim and Rutherford enliven every moment of screen time they have, and when the two of them are together it’s an especial thrill. Able support is provided by Joyce Grenfell, who plays Miss Gossage, Rutherford’s put-upon younger assistant who is constantly being belittled.

You can tell that The Happiest Days of Your Life started as a stage play (by John Dighton, who helped to adapt it for the screen), as the the best lines are theatrical, and the plot is tightly structured. It certainly works on the screen too, and running to under an hour and a half, doesn’t waste any time but keeps the pace up and the laughs thick and fast. The movie would go on to spawn the enduringly popular St Trinian’s franchise.

The film has been lovingly restored and the picture quality, even on DVD, is excellent, boasting a crisp black and white print. The extras are thoughtful and embellish the feature. Biographer Andy Merriman talks about Margaret Rutherford, giving insight into what was quite a tragic early life, whilst also tracing her career development as a character actor. Martin Rowson talks about the significance of fellow illustrator Ronald Searle, who created St Trinian’s, and whose work can also be seen as the title illustrations on the movie. Rowson gives insight into Searle’s time in a Japanese POW camp during WWII, and speaks about how his style illustrated other artists including Gerald Scarfe. Finally, journalist Michael Brooke talks about the history of The Happiest Days of Your Life, as both a stage play and a film.

‘We Joined the Navy’ Blu-ray review