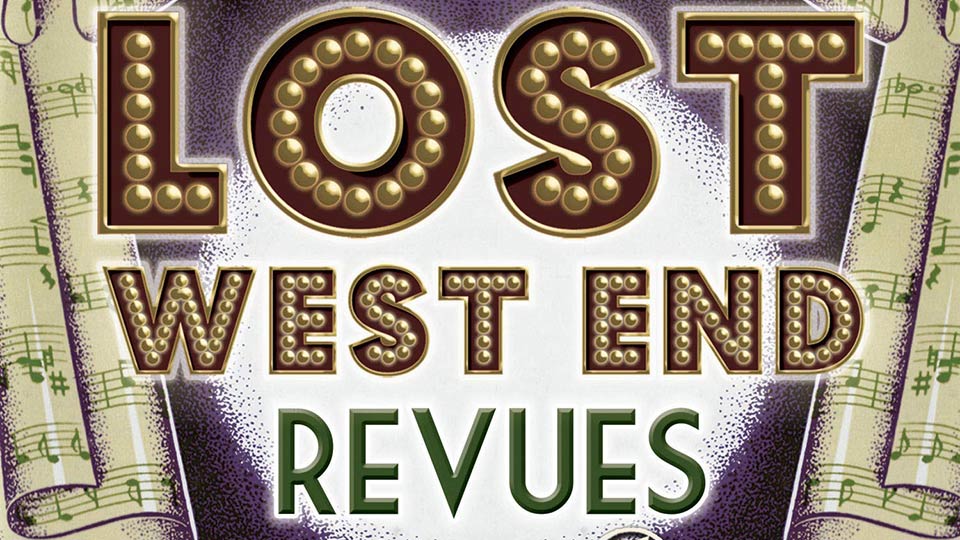 Lost West End Revues is the follow-up title to Stage Door Record’s two volumes of Lost West End Vintage. Across two discs, it celebrates and preserves for posterity London’s largely forgotten revue shows from the 1930s-60s, encompassing fifty tracks and thirty-five West End productions, whilst featuring some of the biggest names of British showbiz from the era, from performers to writers. From 1935’s Streamline to 1962’s Not To Worry, Lost West End Revues celebrates the bygone era when music, dance and satirical comedy sketches formed part of the same evening’s entertainment.

Although there is a mixture of genres on these recordings, most of the songs are cheery, catchy numbers that owe something to the music hall tradition. Theatrical productions like these simply aren’t written or even revived any longer. This is a collection for those who can’t get enough of the good old days, whether they’re old souls who are too young to remember them but love them, or nostalgia buffs aching for the return of the good old days.

Doubtlessly, the appeal of this release will be for the breadth of top talent involved in the recordings. We’ve selected a few performance highlights that fans of these artists will want to know about, but among the composers you’ll find Noel Coward, Vivian Ellis, Sandy Wilson, Lionel Bart, Leslie Bricusse, Charles Zwar and Alan Melville.

Amongst all the household names on these discs (and that’s an achievement, half a century later) there are bound to be a few we’ve missed from our highlights – so apologies to their fans!

The CDs are packaged with an in-depth booklet giving a main cast listing and performance dates and venue for the shows. Despite the archive nature of the material, they were clearly recorded in studio to preserve the songs for posterity, and the sound quality is consistently good. There’s a wealth of bright theatrical offerings on these discs, and they offer the perfect way to wind back the clock and indulge in some feel-good tunes.