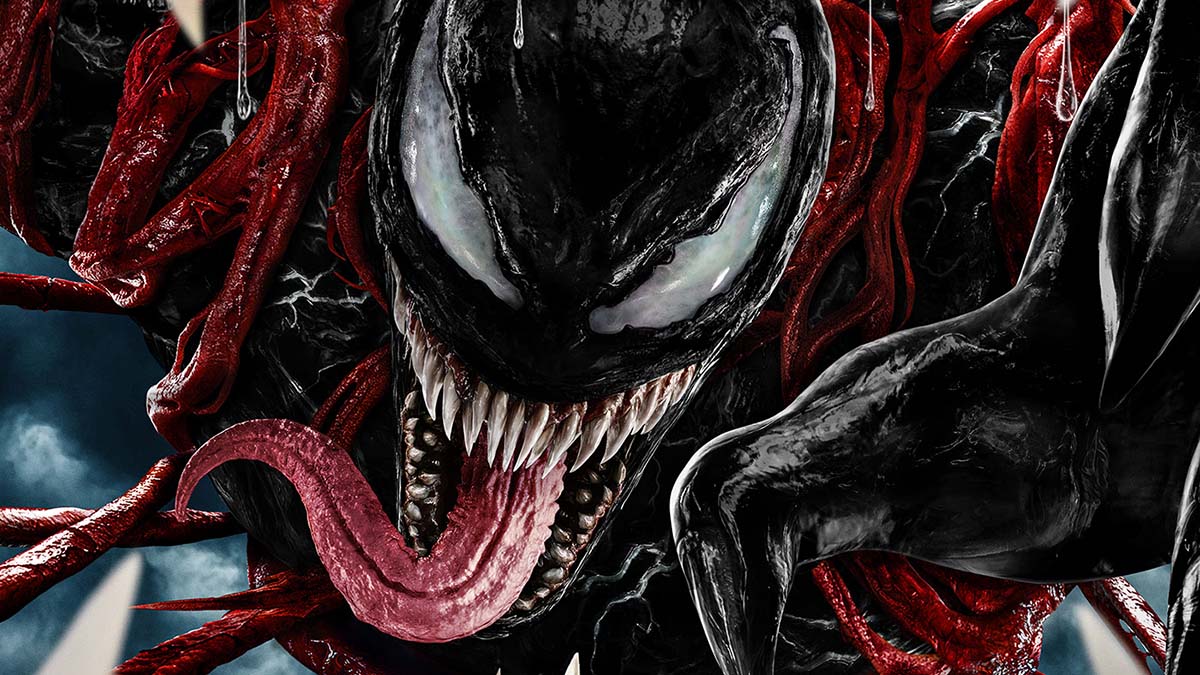 The frankly inexplicable success of the first ‘Venom’ movie has naturally fast-tracked a sequel, with Tom Hardy once again starring as anti-hero Eddie Brock. Those of you familiar with the brilliant 90s run of Spider-Man comics will know how much potential lies in introducing Carnage into the mix. Played by the always brilliant Woody Harrelson, with motion-capture legend Andy Serkis in the director’s chair, this has all the ingredients needed to be a smash hit success. But how many times has that worked out well in Hollywood? Here’s another example. But even at a brisk 97mins, there’s barely anything to like in ‘Venom: Let There Be Carnage’.

The film finds Eddie (Tom Hardy) and Venom continuing their odd-couple routine whilst Venom is struggling to adhere to Eddie’s fast rule that he can’t eat people. Meanwhile across town, a crazed serial killer gets the death penalty. Before he dies, Cletus Kasady (Woody Harrelson, sporting a truly awful wig) wants to speak with Eddie Brock to tell him something important before he fries. When they meet Cletus manages to bite Eddie, ingesting some of his ‘unique’ blood and thus beginning his transformation into Carnage, a maniacal alien symbiote like Venom, but with a far more menacing agenda.

The cast assembled for this movie is sensational, which makes it all the more disappointing to see what a mess this has all become. Academy award winner Michelle Williams is utterly wasted, as is Bond regular Naomie Harris who plays a pivotal role with next to no decent screentime. Harrelson has fun with the role but there’s no nuance to find. Stephen Graham is too good for this. Tom Hardy seems to like playing this role, and he even has a writing credit on the film. That’s something that must surely be tipp-exed off his CV with immediate hast.

The movie finale is a mess of CGI where you can barely make out what’s going on. It’s not Transformers-level bad, but it’s still an assault on the eyes. Coupled with the assault on your ears from this lacklustre and anaemic script, ‘Venom: Let There Be Carnage’ feels like a 90s comic book film that tries to blindside you with sub-standard action and hopes you won’t remember to look for a decent plot or characterisation. It’s also not really Director Andy Serkis’ fault either. He does an ok job with the poor material in front of him. He deserved much better too.

With decades worth of fantastic storylines to pillage, it’s quite remarkable that the makers of Venom have still decided to make this movie so lightweight and unmemorable. I love Venom – I read the comics and loved them from cover to cover. There’s so much you can do with this character and so far I’ve not seen a sliver of this being translated to the big screen. The less said about Spider-Man 3 the better, but this new version is just as careless with its source material. Making Carnage just a bigger scaled version of Venom is a fundamental misunderstanding (or complete wilful disregard) of what makes that character so frightening in the first place. He is everything Venom isn’t… small framed, more calculated, faster and a stone cold killer with sheer malice. All of this is lost in ‘Venom: Let There Be Carnage’.

Venom and Carnage coming up against Tom Holland’s Spider-Man is a mouth-watering prospect that is sure to be box-office gold – let’s fast forward to that scenario please. Even though I hate this iteration of the character, perhaps duelling with the high calibre output of Holland’s Spider-Man movies will force the writers to considerably up their game.

‘Venom: Let There Be Carnage’ is exactly the mess I feared it would be. Poor characterisation, oddball humour that hardly lands and a truly wasted A-list cast makes this nothing but a bitter disappointment however you approach it. But with the film pulling in a crazy $90 million haul in the US it seems even a terrible film can’t stop Venom from making his mark in the Sony Cinematic Spider-Verse.