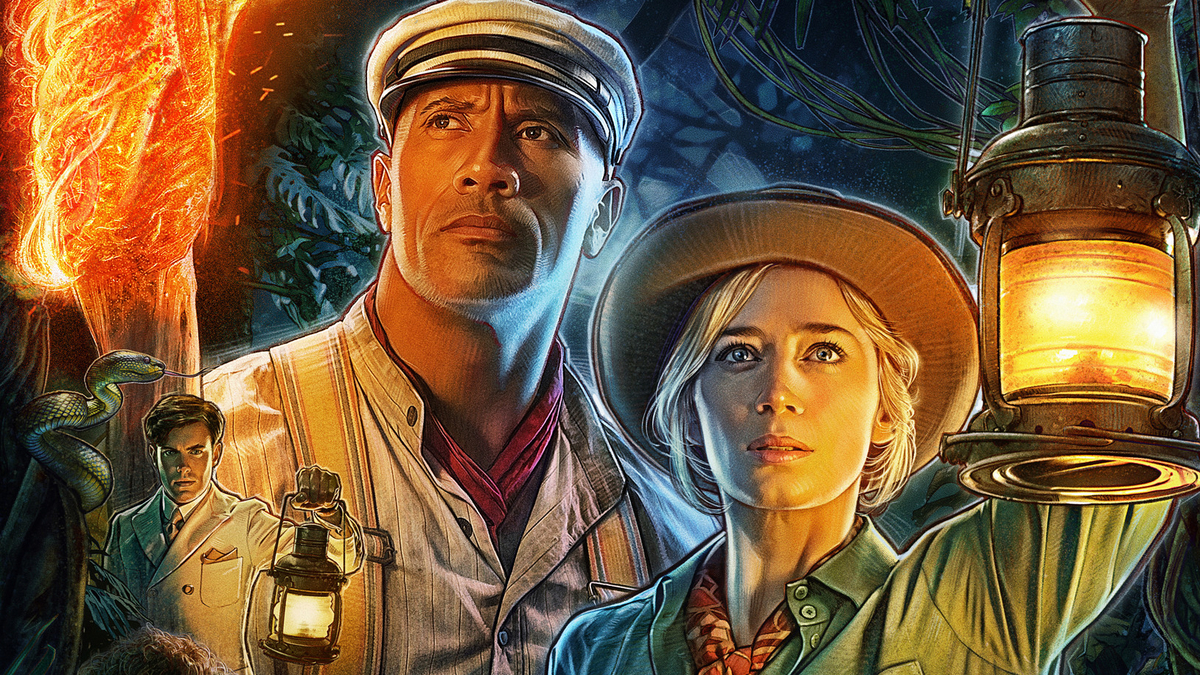 It’s been a while since we’ve had a big blockbuster family adventure to enjoy at the cinema. Echoing the sentiments of the ‘Pirates of the Caribbean’ movies (the other theme park ride turned movie success), ‘Jungle Cruise’ is a fun and very engaging adventure that the whole family will enjoy. It harks back to the classic matinee era of entertainment, and whilst it’s not a complete slam-dunk, there’s a lot of enjoyment to be had here. With engaging leads and some swashbuckling fun, Jungle Cruise is as delightful and amusing as the ride that it’s based on.

The plot revolves around Lily Houghton (the ever-reliable Emily Blunt), who is on the trail of the tree of life itself. Wanting to harness its healing powers to help mankind, Lily takes it upon herself to track down the mystical land where the tree resides using an ancient map. With her pernickety brother McGregor (Jack Whitehall) in tow, they venture into the jungle to search for clues.

She soon needs a guide to navigate the treacherous rivers and comes across Captain Frank ‘Skipper’ Wolff (Dwayne Johnson), a mysterious but charismatic man who reluctantly agrees to take the job. But they aren’t the only ones looking for the Tree, a German aristocrat named Prince Joachim (Jesse Plemons) has his sights set on the tree too, but for nefarious and deadly purposes.

Director Jaume Collet-Serra, who I’m genuinely surprised didn’t try and shoehorn in a cameo from Liam Neeson, delivers an enjoyable caper that captures the essence of the ride perfectly. It looks and feels like a great Disney family adventure. He’s naturally helped out a lot by having golden box-office draws like Blunt and Johnson as his leads. The two hand in a delightfully entertaining turn as a couple of strangers who bicker, but secretly share an undeniable attraction. That might be a cliché to cynics, but they deliver just the right about of sass and swoon to make it all play out well. Skipper’s bad joke telling is very funny, again a great homage to the hosts of the ‘Jungle Cruise’ ride itself. And Blunt can make anything engaging with her natural chemistry, both with Johnson and Whitehall.

Jack Whitehall’s appearance in ‘Jungle Cruise’ might put a lot of people off, but he’s actually very good in his supporting role. He plays it by the numbers and bounces off Blunt and Johnson’s performances well, delivering some light comedic touches. Edgar Ramirez plays a pivotal role (no spoilers here), but it would have been nice to have seen him used much more onscreen.

Paul Giamatti is as good as you’d expect here, playing Nilo Nemolato, a money-hungry harbour-master complete with a talking parrot on his shoulder, who manages the docking port where Frank’s boat resides. It’s a small role but one that captures your attention whenever he’s onscreen. And then there’s the villain of the piece – Jesse Plemons. Absolutely stealing the show with an over-the-top bad guy routine that channels the likes of Alan Rickman’s Sheriff of Nottingham, Plemons is an utter joy to watch and very funny.

The effects come thick and fast here, and on the whole the film looks great. There’s a lot of snakes, and creepy crawlies like spiders and scorpions that bring forth the dangers of the jungle to the audience. This is a classic big studio 3D film and has scenes that jump out at you (if you’re seeing the film in that format). It’s not subtle at times, but that’s what you’d expect for a theme park inspired movie. You want things coming out at you. ‘Jungle Cruise’ is also thankfully getting a Disney + Premier Access release so those who can’t get out to the cinemas just yet can enjoy this new release on the same day as its theatrical run. I honestly can’t praise this release structure enough. It’s about time audiences had a choice and I applaud Disney for giving this a simultaneous release, much like they did with Marvel’s recent blockbuster ‘Black Widow’.

The pacing sometimes lulls a bit too much and some variety on the set-pieces could have been adopted, but overall, ‘Jungle Cruise’ is a perfectly enjoyable and charming family adventure that relies on the chemistry of its brilliant leads to safely take you down the river. And I certainly wouldn’t mind getting to go on other adventures with these likeable characters in the future. 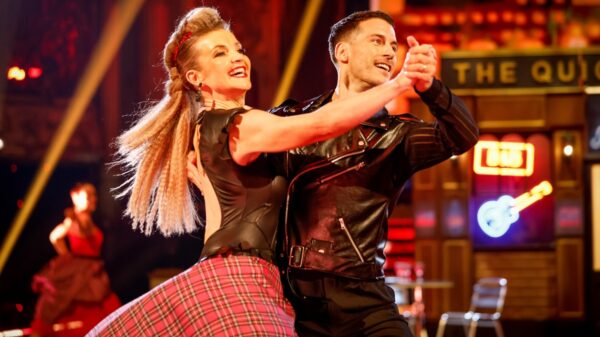 The end is in sight so see who is dancing what this weekend.