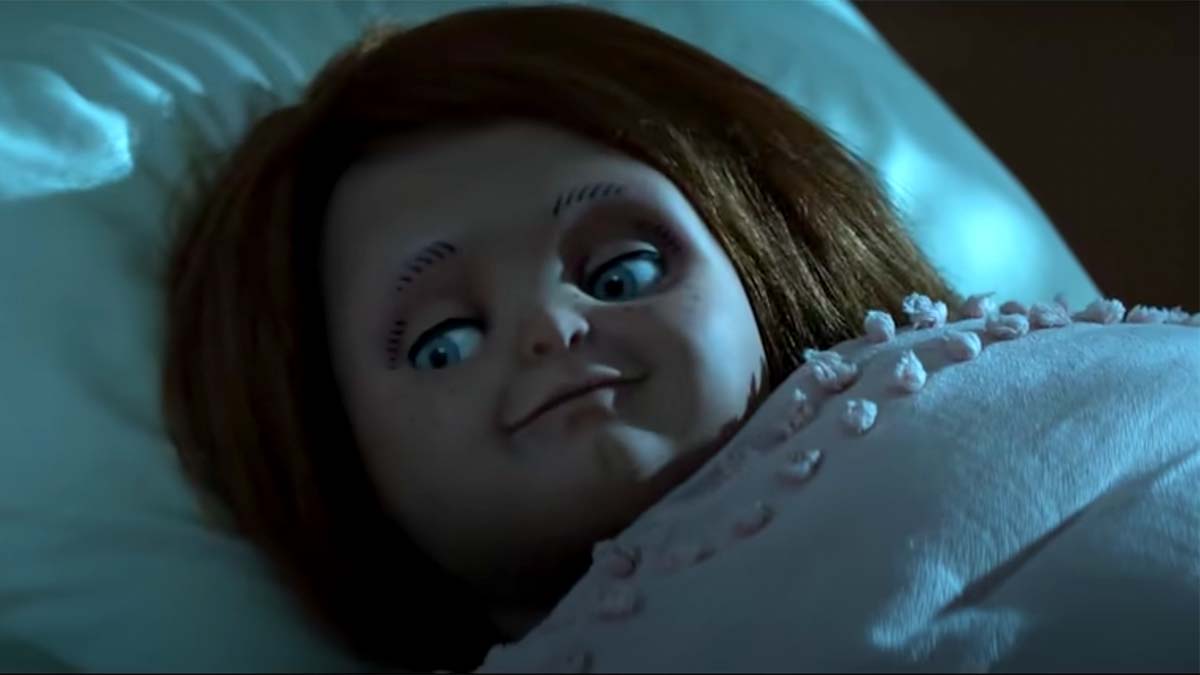 Following the release of the teaser recently, the full trailer has arrived for USA and Syfy’s ‘Chucky‘ series.

While the trailer shows no sign of the familiar characters from the film series, it does set up a whole new nightmare for teenager Jake Wheeler (Zackary Arthur), who picks up a Good Guy doll from a garage sale.

The teenage loner is shown to be bullied at school and it’s not long before his new best buddy Chucky is planning to off everyone around him.

The trailer gives fans their first proper look at Chucky back in action and it poses plenty of questions about how Nica (Fiona Dourif) and Tiffany (Jennifer Tilly) will factor into the series given how 2017’s ‘Cult of Chucky‘ ended.

Alex Vincent who played Andy Barclay in the first two films and ‘Cult of Chucky’ is expected to return along with Christine Elise McCarthy who surprised fans by reprising her role as Kyle from ‘Child’s Play 2’ at the end of the last movie.

‘Chucky’ will premiere in the US on USA and Syfy on 12th October 2021. There’s no word yet on how fans around the world can watch it.

In this article:Child's Play, Chucky