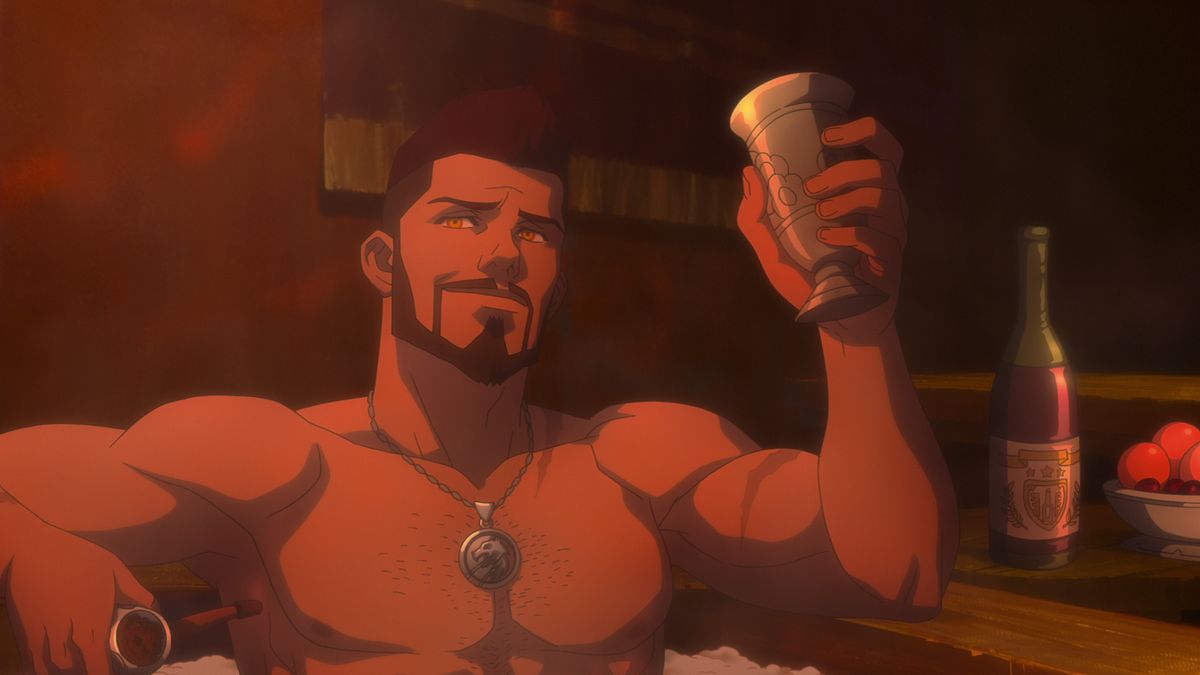 The Witcher: Nightmare Of The Wolf is available to watch now on Netflix and aims to flesh out The Witcher universe and give us a glimpse of what went on before the time of Geralt of Rivia. You see, before Geralt there was Vesemir who ultimately became Geralt’s mentor.

In Nightmare Of The Wolf, we follow the adventures of Vesimir as a cocky young witcher who delights in slaying monsters for coin. When a dangerous new power rises on the Continent, Vesemir learns that some witchering jobs are about more than just money.

Led by showrunner Lauren Schmidt Hissrich, Nightmare Of The Wolf will give fans a unique look into the world before the time of Geralt and more importantly the experiences that forged his personality into what we know from the books, TV and games.

We’ll be introduced to four main characters, Vesemir himself, Tetra Gilcrest a powerful sorceress who is descended from one of the Continent’s first mages, Tetra believes magic connects all things of beauty. She and her followers work to keep
peace on the Continent by ensuring that magic is not abused, Lady Zerbst a Kaedwen noblewoman who inherited her husband’s seat on the king’s advisory council after he passed at an early age. She has since risen to become one of the king’s most trusted advisors, and a fierce supporter of the witchers and Deglan who was raised on the harsh, unforgiving Skellige Isles and is the hardened warrior-leader
of the witchers. He is fiercely loyal to his “boys,” and committed to doing whatever is necessary to protect them.

On expanding the Witcher universe Schmidt Hissrich had this to say:

“Beau DeMayo wrote Nightmare of the Wolf and we talked for a long time about how
best to couch the anime within our existing world. It was important to us that it not be something that our live-action audience has to watch to understand. Of course, we hope everyone watches it, but it also feels like anime is a very specific audience and we think that people will watch it who’ve never seen The Witcher and that probably, hopefully, it will get some new audience as well.”

“A lot of our audience is coming in from different formats. We have people who are in love with the novels. People who came from video games. People who came from the comic books. It’s a series that can appeal to people who like their entertainment in different forms and I think one of the exciting opportunities was to do an anime. One, to be able to tell a huge story without the same budget constraints, without the same practical constraints that we deal with here every day. But also to be able to tell the story to a different part of the audience. To people who may not want to tune in for eight hours of a long story but who want to pop in and watch something in an hour and a half and fully be enmeshed in it and embrace it and it just felt like a great opportunity to test our audience and see what they’re in for. It’s all of our hope that The Witcher continues to touch a lot of different formats over time and this is a great test case to see if the audience comes along with us.”