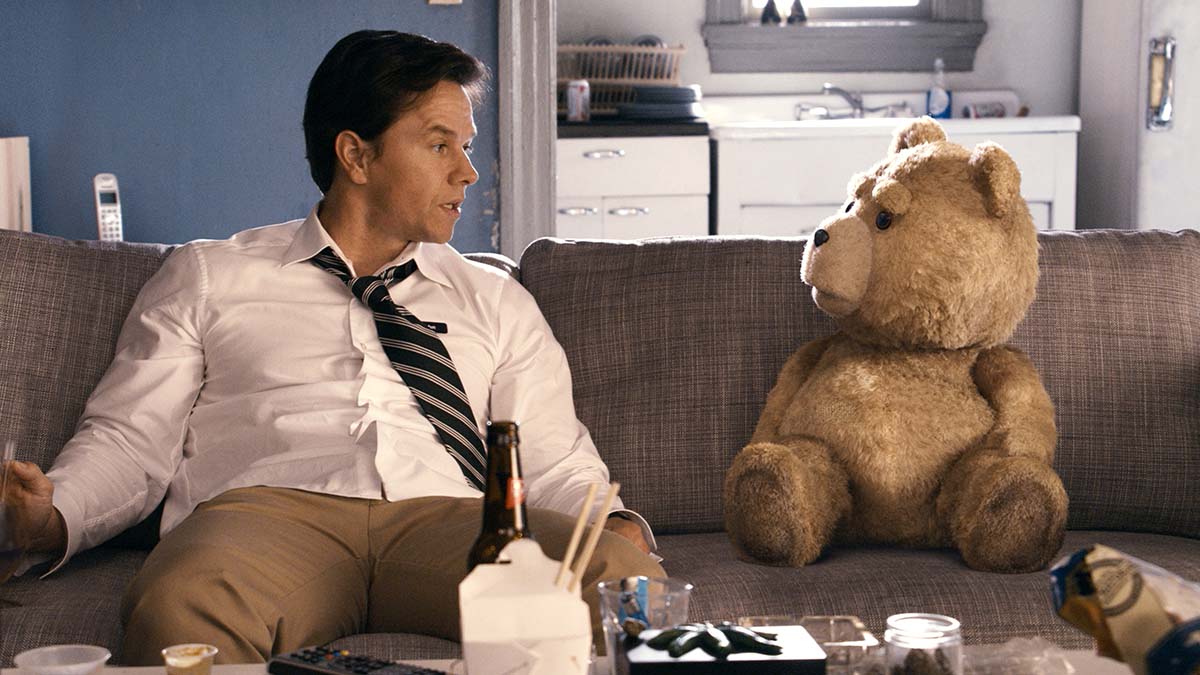 Very few actors in Hollywood have had a career as diverse as Mark ‘Marky Mark’ Wahlberg. He started as a rapper in the early 90s and quickly rose to fame when he made his Hollywood debut.

To date, Mark Wahlberg has garnered two Academy Award nominations, proving that he is more than just a muscular figure for action roles. He has worked with some of the most celebrated directors in the industry and continues to expand his portfolio each year.

Read on as we take a look at Mark Wahlberg’s top 10 movie roles.

Although ‘action’ is one of the first things that come to mind when you think of Mark Wahlberg, his comedic timing should not be ignored. ‘Ted’ (2012) by director Seth MacFarlane is a prime example of a movie where Mark Wahlberg plays a straight man to perfection to complement the raunchy, NSFW titular teddy bear, Ted. Part of the reason why the movie works so well is the effortless chemistry between the two leads played by Wahlberg and MacFarlane, respectively. Wahlberg’s performance in Ted is heartfelt and his comedic timing is impeccable.

In an attempt to diversify his roles from the typical, muscley action hero he had been known to play, Mark’s next role came in the form of Jim Bennet, a literature professor and risk-taking gambler who’s spiraling debt causes him to seek out the services of a loan shark. Originally a remake based on the 1974 film of the same name written by James Toback. Wahlberg is able to demonstrate a more reserved side and a character study rather than the guns blazing, explosion-lidden action films that make up the majority of his filmography, but we recommend the Ocean’s trilogy as an alternative, easy-viewing gambling themed movie which covers the glitz and glamour of Las Vegas with an ensemble of charismatic cast. So, if you want a tase of the Las Vegas nightlife, you can access a huge selection of live casino games here with Casumo.

In ‘Invincible’, Mark Wahlberg plays Vince Papale, a struggling guy in-between jobs who is grieving for the divorce from his wife and joins the Philadelphia Eagles to turn his life around. Wahlberg plays the role of a down-to-earth working man with effortless charm, and it is impossible to not root for his character as he eventually climbs the ladder towards greatness.

In the long list of Afghan war movies made by Hollywood, Peter Berg’s ‘Lone Survivor’ manages to stand out, thanks to Mark Wahlberg’s visceral performance as Marcus Luttrell, a war veteran who is a part of a four-man team sent to hunt down a Taliban leader. The war drama is honest and gritty, elevated by Wahlberg’s strong performance in the lead role.

‘The Italian Job’ is the perfect adrenaline-filled heist movie that features an ensemble cast comprising Mark Wahlberg, Jason Statham, Edward Norton, Charlize Theron, and Donald Sutherland. Despite a stellar cast giving him tough competition, Wahlberg manages to keep his character distinct and memorable. The action, thrills, and excellent performances are why this heist flick should not be missed.

Mark Wahlberg and Peter Berg have collaborated on numerous projects, with ‘Deepwater Horizon‘ (2016) being one of the absolute best. Mark Wahlberg plays to his strength as an action star, portraying the role of Mike Williams effectively. The excellent direction by Peter Berg is icing on top of an already delectable cake and makes for a thrilling tale of heroic courage in the face of a natural disaster.

In his last collaboration with Russell, Mark Wahlberg plays Micky Ward, a professional boxer, alongside a star-studded cast featuring Christian Bale, Amy Adams, and Melissa Leo. The film earned seven Oscar nominations, taking home the most coveted trophies of Best Supporting Actor and Actress for a single film in the first instance since 1986.

Wahlberg returns for a collaboration with director David O. Russell in this comedic drama about four soldiers hunting for gold after the Gulf War. ‘Three Kings’ features a stellar performance by Mark Wahlberg, one that partly propelled him to fame in the late 90s. ‘Three Kings’ is also one of the best collaborative projects that Wahlberg and Russell have worked on throughout their careers.

In one of his most iconic performances, Mark Wahlberg plays Dirk Diggler, a funny yet poignant character supported by an equally talented cast including names like Philip Seymour Hoffman, William H. Macy, John C. Reilly, and more. Wahlberg manages to shine and make the character his own.

No ‘Must-Watch Hollywood Films’ list is complete without this amazing movie by Martin Scorcese. Featuring a packed cast, it was next to impossible for a single actor to outshine the others but Wahlberg somehow managed to make his performance as Sergeant Sean Dignam simply unforgettable, even earning an Academy Award nomination.