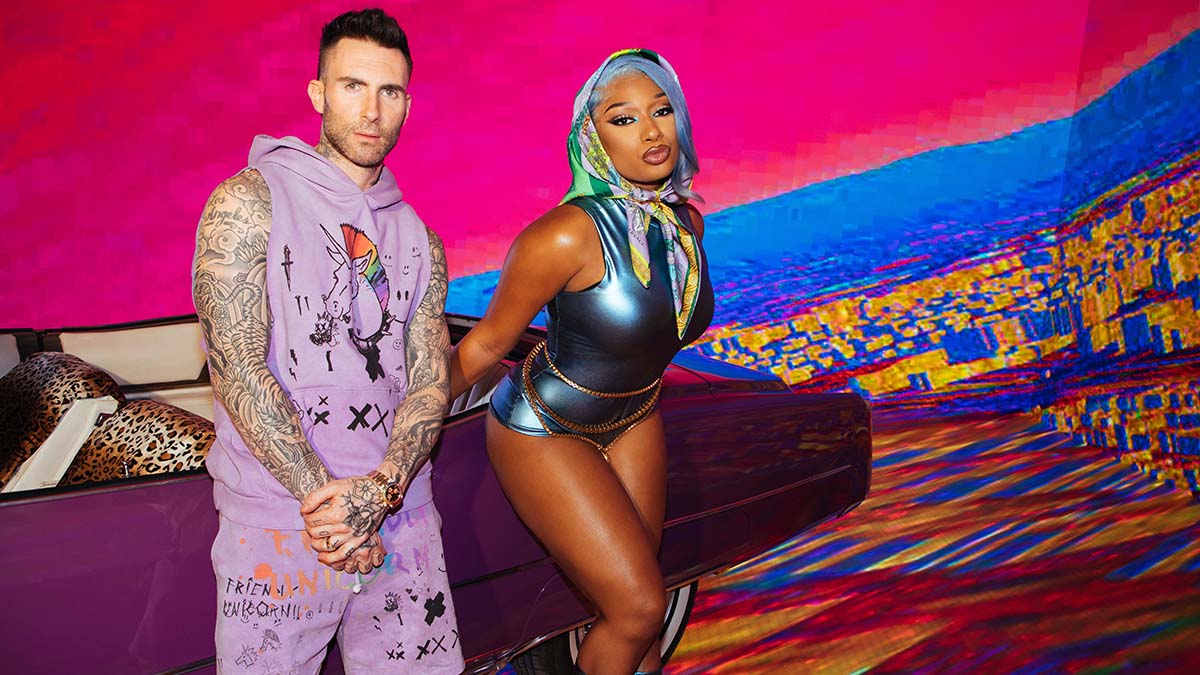 Maroon 5 has teamed up with Megan Thee Stallion for new single ‘Beautiful Mistakes’ and the music video has been released.

Directed by Sophie Muller, the video takes viewers on an archetypal L.A. drive, which turns it into a surreal fantasy with a colourful world of flying cars and a dreamlike narrative. You can watch the video at the top of this article.

Maroon 5 will kick-off the return of American Express UNSTAGED 2021 with a global virtual performance, created in collaboration with Sophie Muller. Fans all over the world can tune in exclusively to LIVENow on 30th March 2021 for a visually spectacular journey through the band’s latest and greatest hits.

Tickets for American Express UNSTAGED: Maroon 5 are available at maroon5.live-now.com. The performance is open to all ticket purchasers, but American Express Card Members have access to purchase exclusive packages.

Maroon 5 stands out as not only one of pop music’s most enduring artists, but also one of the 21st century’s biggest acts. To date, the universally renowned Los Angeles band have achieved three GRAMMY Awards, over 75 million in album sales, 400 million singles worldwide and earned gold and platinum certifications in more than 35 countries.

The band has over 45 million monthly Spotify listeners, and have played over 120 concerts in 30+ countries selling over 6,750,000 tickets worldwide.

In this article:Maroon 5, Megan Thee Stallion