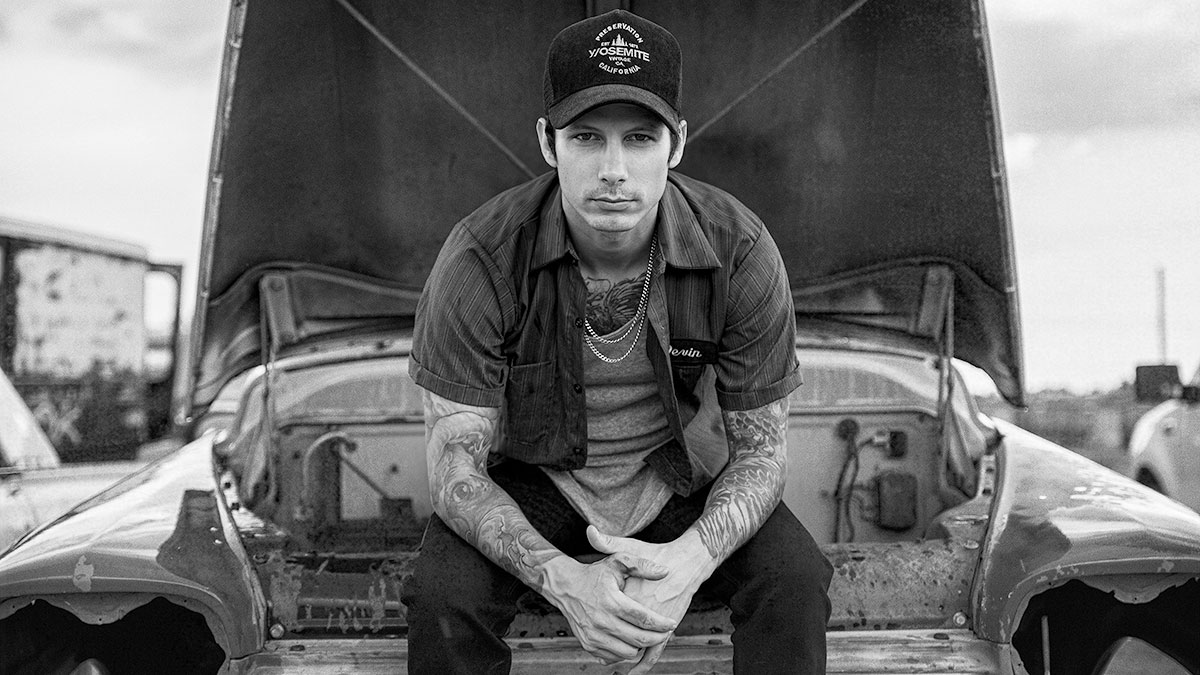 Devin Dawson landed with a bang in 2017 with his single ‘All On Me’, which peaked at number 6 on the US Country Chart and number 2 on the US Country Airplay chart. The Platinum-single provided the perfect foundation for Dawson’s debut album ‘Dark Horse’ in 2018, which positioned him as one of the more forward-thinking artists in modern Country music. Retaining a Country sensibility, the album saw Dawson push the genre to the limit, incorporating plenty of sounds from other genres to create a sound that is truly unique. Two years on from ‘Dark Horse’, Dawson is treating fans to new music in the shape of 6-track EP ‘The Pink Slip’.

Prior to the EP arriving, fans have already heard half of the tracks. ‘I Got a Truck’, the project’s lead single, suggested that Dawson may be straying further into Country on this collection with its steady beat, and its subject matter touching on trucks, Jesus and a number of other staples of the genre. Second track ‘Range Rover’ took fans in a different direction with its looser grooves and funk influences, which transform into a crunchy rock chorus that while still hitting Country touchstones – mentions of ‘Keith Whitley’ and cars – moves into much poppier territory.

Keeping fans on their toes, Dawson then unleashed ‘He Loved Her’, a song that pays tribute to his grandfather and hits you in the feels. Dawson’s distinctive and characterful voice packs a punch as he recalls the virtues of his grandfather. Musically this track straddles MOR rock and 90s Country, which makes it an interesting proposition. From those three tracks, you might feel you’ve got a handle on what to expect from ‘The Pink Slip’ EP but you’d be wrong.

The other three songs push Dawson further into pop than we’ve heard before. ‘Not On My Watch’ is a pure crossover moment that could have legs on the mainstream charts should it be chosen as a single. In the song, Dawson baits the listener saying, ‘I bet you thought you had me pegged’, giving a little wink that he acknowledges that fans might not be expecting what they’re getting here. The song is a straight-up pop song of the type that Maroon 5 have made a career of and it suggests Dawson has his sights set wider than just Country.

‘Whatever Forever Is’ brings in contemporary R&B beats for a pleasant, if not hugely memorable, track while album closer ‘Who’s Gonna Hold Ya’ is the biggest surprise of the EP, thanks to its uptempo perky beats that almost cross over into the reggaeton craze that’s sweeping South America. It’s definitely the most rhythmic track on the EP.

‘The Pink Slip’ EP is an intriguing release from Devin Dawson and it leaves me wondering what direction he’s going to move in when a full album rolls around. Will he try and Taylor Swift it by playing to mainstream and Country, or will he break completely free of Country and set his sights solely on the mainstream? There’s huge crossover potential here but it’s too early to tell how fans are going to receive the new material. If nothing else, Dawson continues to keep things interesting.