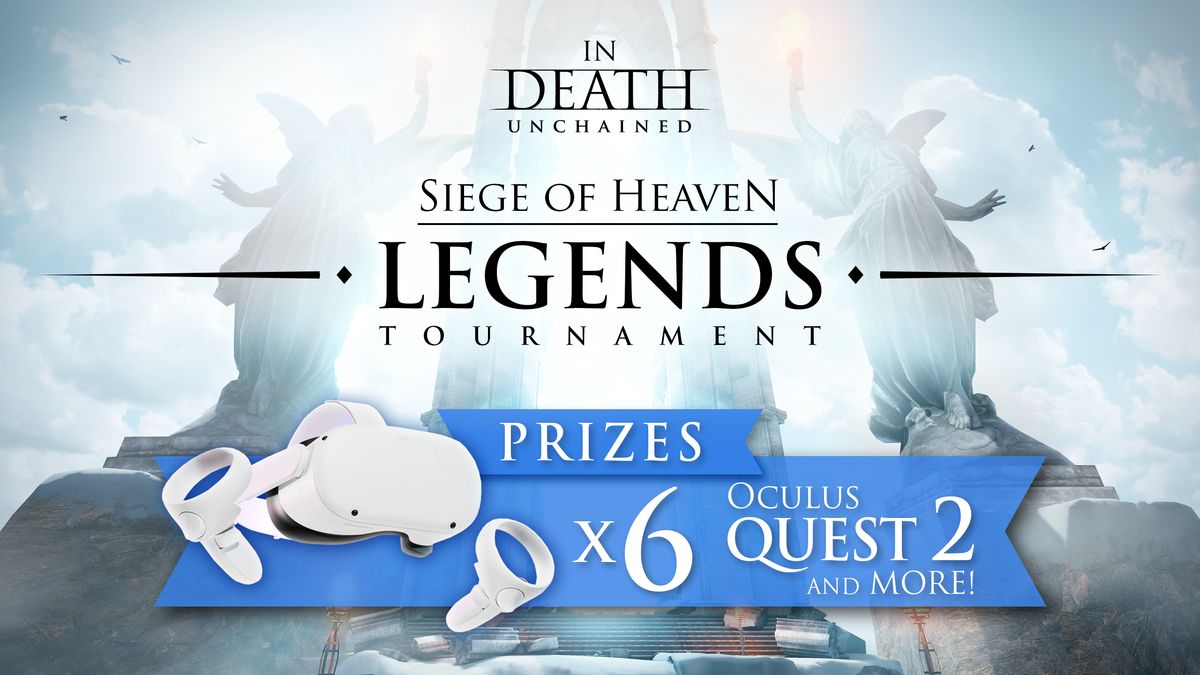 In Death: Unchained is by far the best game I’ve come across since I recently bought an Oculus Quest 2 and it certainly deserves to be one of the top-rated titles on the Oculus store. The Quest setup is perfect for making the most out of archery based games and In Death: Unchained nails these mechanics. To find out more have a read of our review.

If you haven’t played yet then let me introduce you to the leaderboard. This is all that matters for players who love this game and (other than the sense of achievement) moving up the ladder is the sole reward for completing its levels. Whilst this might not sound like much, it is incredibly fulfilling to move up the ranks. To reach the top is no easy task and you’ll have to be a modern-day Robin Hood to even stand a chance.

You can check out some of my Siege of Heaven gameplay in the video below but be warned, I’m rubbish:

Recently, developers Superbright released the Siege of Heaven DLC which added a whole new game mode and yet another leaderboard! To celebrate this release and to encourage even more competition, Superbright are running a Siege of Heaven tournament with some great prizes up for grabs.

The results will be announced on December 30th, 2020 on our social media: