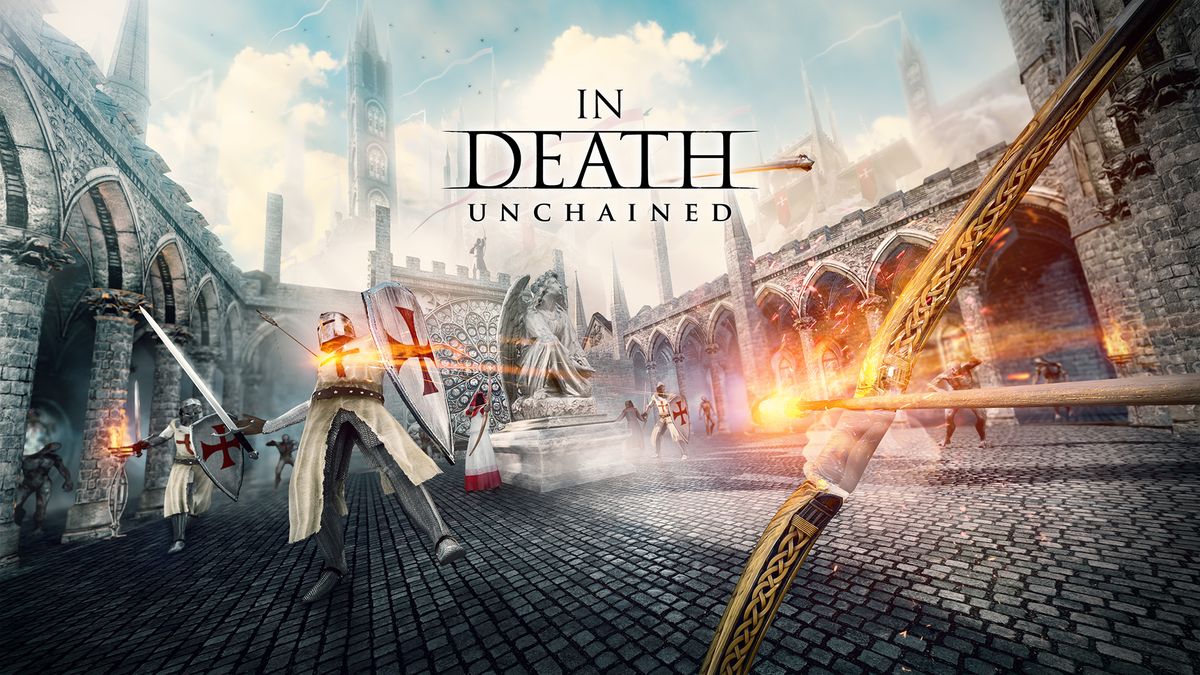 The afterlife has been taken over, forsaken souls and angelic creatures are running amok ruining what should be eternal bliss, or perhaps eternal pain depending if you were a good boy or not whilst you were alive. Either way, it’s your job to sort it all out and armed with your trusty bow you set about reclaiming this otherworld.

Released for the Oculus Quest back in July, In Death: Unchained has just received an update which dramatically enhances the visuals to take advantage of the more powerful Oculus Quest 2 which has just been released. It has a rating of 4.8/5 on the Oculus store from almost 1000 ratings.

“We wanted the update to really show off what the new headset can do, and this is arguably the biggest Quest 2 update among existing games” says Wojtek Podgórski, Superbright’s CEO.

“The team’s been hard at work on visual upgrades that leverage Quest 2’s beefier and more modern hardware. We’ve been working on this since the game came out, it took major effort but we can now display the game’s whole world at once, with beautiful new atmospheric effects, while making everything even sharper and smoother. The game just looks and feels even better on Quest 2”.

The developer says players can expect even more visual upgrades, some of which are expected to trickle down to the original Quest, while the developer is also working on a free DLC for both Quest 1 & 2, to be released mid-November.

Check out some comparison pics in our gallery below: