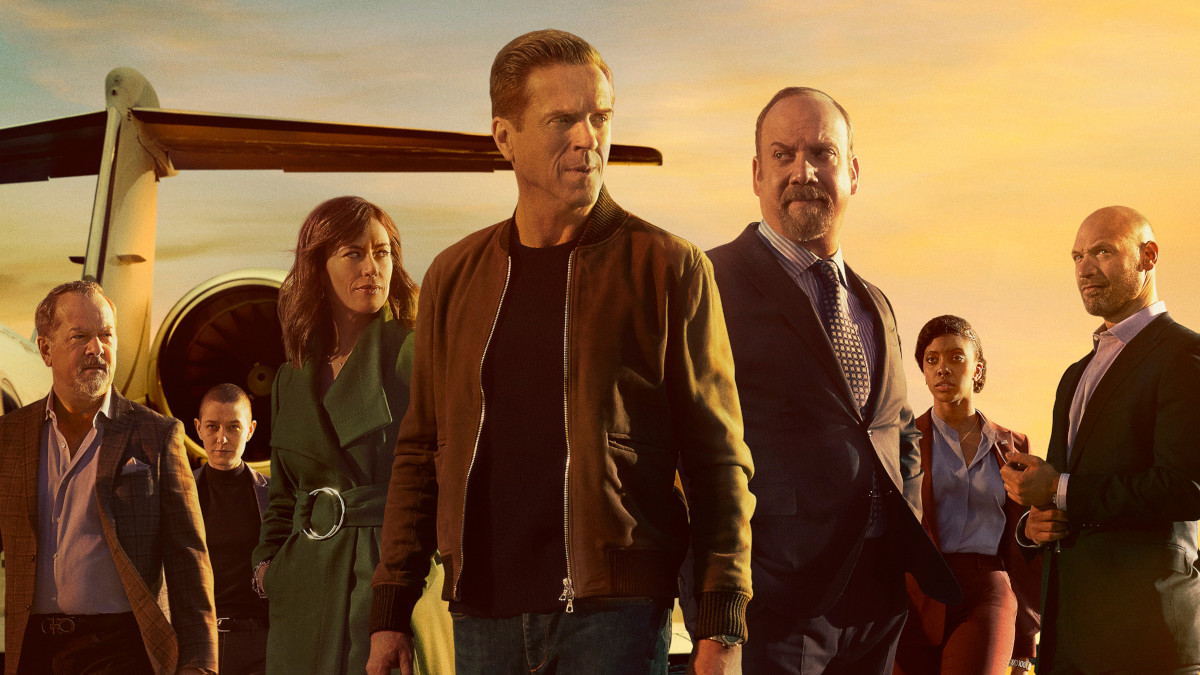 Billions returns to UK screens later this week with a double bill to kick off the fifth season. The episodes will air from 2am on Wednesday 21st October, 2020 and again in the evening at 9pm. The season began in the US earlier this year so beware of spoilers. In other good news, Billions has already been renewed by Showtime for a sixth season.

We’ve had to wait over a year since Billions season 4 concluded. Last season saw former enemies Bobby “Axe” Axelrod (Damian Lewis) and Chuck Rhoades (Paul Giamatti) come together to form an uneasy but highly effective alliance. They managed to set aside their differences with the aim of eradicating all of their rivals.

Axe spent most of the season hellbent on taking on former employee Taylor Mason (Asia Kate Dillon). Meanwhile, Chuck was up against Bryan Connerty (Toby Leonard Moore) and Attorney General Waylon “Jock” Jeffcoat (Clancy Brown). By the end of the season, with their enemies dealt with, it looked to be back to business as usual.

Watch the Billions season 5 trailer below:

In season 5, Bobby Axelrod and Chuck Rhoades see their vicious rivalry reignited, while new enemies rise and take aim. Social impact pioneer Mike Prince (Cory Stoll) poses a true threat to Axe’s dominance, and Chuck feuds with a formidable district attorney. Taylor Mason is forced back to Axe Capital, where Taylor must fight to protect their employees and their assets. Wendy Rhoades (Maggie Siff) reevaluates her loyalties and forges surprising new alliances that put her at odds with both Chuck and Axe.

Bobby Axelrod reaches a major milestone. Chuck struggles to get his bearings, and he and Wendy navigate a new normal. Tensions are high at Axe Cap now that Taylor Mason is back. Axe faces off against new rival Mike Prince. Taylor wrestles with a decision.

View a selection of images from Billions season 5 episodes 1&2 in our gallery:

Axe chases a play at Mike Prince’s conference. Chuck wrestles with his demons and chooses a new path. Wendy takes the lead as Axe Cap faces a threat. Taylor confronts a figure from their past.

Billions season 5 premieres in the UK on Wednesday 21st October, 2020 at 9pm on Sky Atlantic and NOW TV.