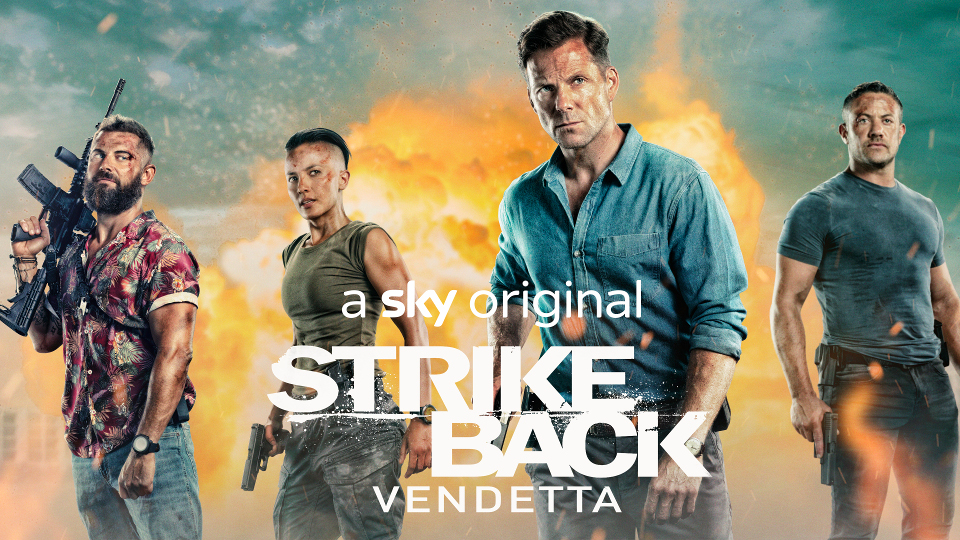 The second episode of Strike Back: Vendetta saw Section 20 Section 20 launch a raid on the Demachi family business.

In order to try and recover the bioweapon, Section 20 went after Edon’s son Loric (Maxim Baldry). They raided a strip club that he ran and tried to recruit him to help them. He was happy to go against his father Edon (Goran Bogdan) and took a tracker.

The team followed the tracker to a railway station and realised the bioweapon exchange was taking place on a train. Coltrane (Jamie Bamber) managed to board the train while Mac (Warren Brown), Chetri (Varada Sethu), Wyatt (Daniel MacPherson) and Novin (Alin Sumarwata) gave chase. Coltrane was captured and tried to do a deal with Edon but he refused. Edon sent Coltrane to be killed but he found his attacker and won.

Brothers Zayef (Alec Secareanu) and Mahir (Bamshad Abedi-Amin) double crossed Edon and fled with the bioweapon. Edon also fled and Mac was lucky not to be blown up after the terrorists detonated a bomb. Mac went after Edon and killed him after they fought. He recovered a tracker which allowed the team to track down and destroy the bioweapon.

Watch the Strike Back: Vendetta episode 3 promo below:

In the third episode, the team run into an old ally as they’re thrown headlong into a dangerous race to stop the cyberweapon falling into Jihadist hands.