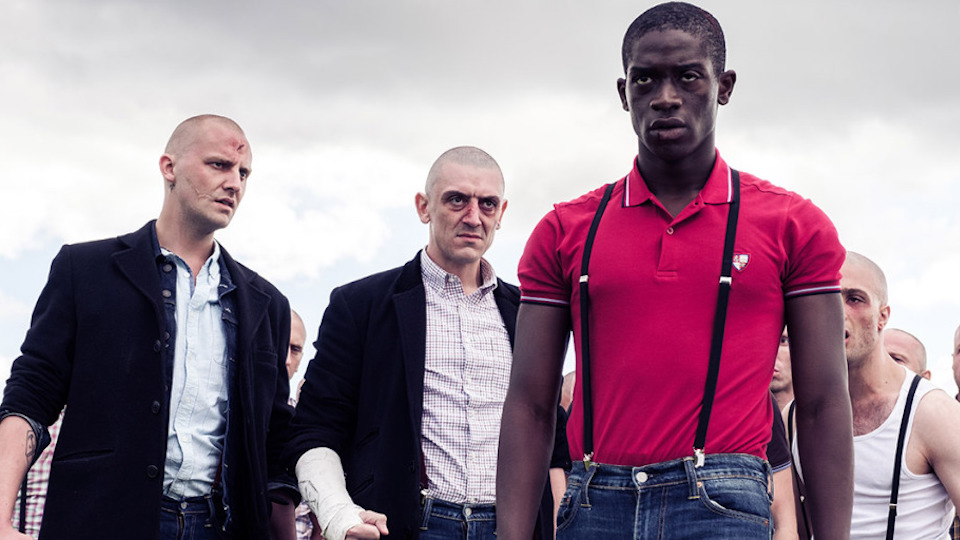 There’s a really interesting film to be made here, but unfortunately this isn’t it. Based on the childhood experiences of writer-director Adewale Akinnuoye-Agbaje (best known as Mr Eko from Lost), Farming shines a light on the fascinating cultural phenomenon of private fostering, or “farming” as it became known. During the 60s and 70s, Nigerian parents would pay to have their children raised by white working-class families in Britain in order to give them a good start in life.

Farming tells the story of Enitan (Damon Idris) who is fostered to Ingrid (Kate Beckinsale) when he is only six months old. He grows into a sensitive and artistic child, who is then taken back to Nigeria when his parents resurface years later. The return to Nigeria is traumatic for Enitan. It is a country he has never known, with cultures and practices that seem terrifying to him. Unable to settle, his parents send him back to Ingrid, and he suffers a total crisis of identity and ultimately rejects who he is.

Years later, as a ferociously angry teenager, he is targeted by the local Tilbury Skins, a racist gang of thugs who abuse and beat him. But Enitan, filled with self-loathing and confusion, is drawn to the gang and their hate-filled rhetoric. Unbelievably, he becomes one of them. The gang’s leader, Levi (John Dagleish) calls him ‘coon’ and treats him like a dog. It is a tough film to watch, dealing with some extremely harrowing material.

Idris and Dagleish deliver intense and raw performances, but they are let down by a weak script that revels in the violence, but never gets under the skin of the characters, in the same way as Shane Meadows This is England did to much greater success. Elsewhere in the cast, Kate Beckinsale is distractingly miscast as a working-class Essex woman from a gypsy background, and Gugu Mbatha-Raw is wasted in a poorly written role as well-meaning teacher.

Farming is a desperately bleak film, but Akinnuoye-Agbaje does deliver some powerful images, most notably when the young Enitan tries to scrub away his black skin, and then covers himself in talcum powder to try and look white and fit in with the other kids.

The film unfortunately just doesn’t go deep enough to explore the root of “farming”, the cruel social system that perpetuates it, or ask any meaningful questions about the deeply ingrained systemic racism in British society. But most crucially, the film fails to penetrate the characters, who all feel sketched in two very clear dimensions. Enitan is such a fascinating character, but there’s no nuance or texture to him. It is just surface anger and violence.

The disc comes with a very short behind-the-scene clip.