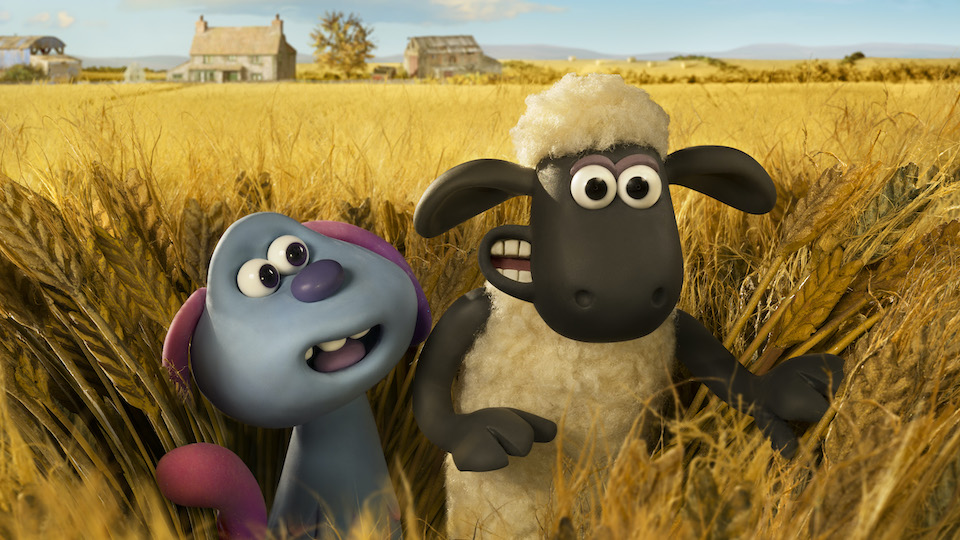 What is there left to say about Aardman animation? Consistently brilliant for decades, their latest film, the sequel to 2015s Shaun the Sheep movie is another absolute gem. Essentially a modern-day silent film, Farmageddon is a delightful, warm-hearted adventure that had me giggling all the way through, and at some points absolutely howling with laughter.

Just like the long-running TV series it is adapted from, Shaun the Sheep skews a little younger than Wallace & Gromit, though the cine-literate references to the films of Spielberg, Nolan, Villeneuve, Kubrick et al will definitely keep the older viewers amused. The plot revolves around an alien – the adorable Lu-La – landing on Mossy Bottom Farm. Shaun and the rest of the flock befriend Lu-La and decide to help her return home, but not before getting into some magnificent mischief.

Meanwhile, the farmer (a hilarious and brilliantly realised stop-motion character) wants to cash in on the all the UFO interest in the town, and so sets his dog Bitzer the job of building an alien themed amusement park – Farmageddon. But it’s not all fun and games, as the Ministry of Alien Detection have been sent to investigate the claims of UFO activity, and the despicable Agent Red wants to hunt and capture Lu-La.

Bursting with brilliant sight-gags, and of course, Aardman’s trademark plethora of puns, Farmegeddon is a short, sharp blast of giddy fun. Will Becher and Richard Phelan do a terrific job in what is their directorial debut. They have delivered a funny, fast-paced, sweet-natured film, which along the way manages one or two moments of genuine visual genius.

The Blu-ray disc for this release comes with a fun selection of special features. There are two how-to draw the main characters featurettes, with artists from the film taking you through the process step-by-step. There’s also another clip about how to make painted easter eggs.

Lu-La Slime Time teaches kids how to make glittery alien slime, something which I am sure parents are going to love! Next up is How to make Aardman Christmas tree decorations out of clay. It’s all very arts and crafty so far on the disc, and quite frankly, I’m here for it. Things take a more familiar turn with the final two features.

First up is 25 Years of Shaun the Sheep, tracing the history of this lovable character from A Close Shave to Farmageddon. This features interviews with the key creatives at Aardman, including Nick Park. Finally, Making Farmageddon is a fun little behind the scenes clip, which among other things, reveals that the animators and directors act out and film the entire movie before they animate.