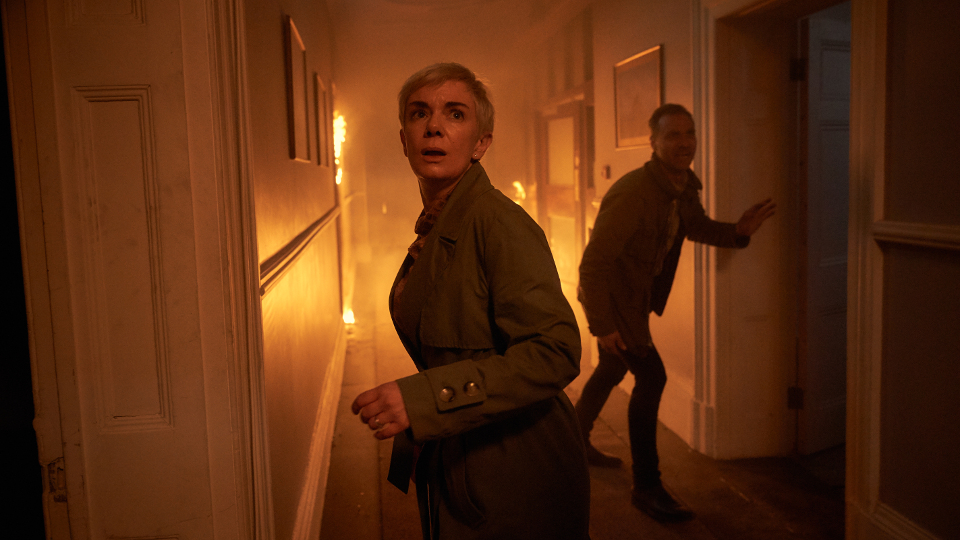 Prime Minister Robert Sutherland (Robert Carlyle) assembles the emergency committee COBRA to deal with a national emergency as a solar storm was heading to earth.

The episode introduced us to the main characters and set the scene for the rest of the season. Sutherland found himself helpless as the science team’s worst fears were realised. The solar storm was incoming and began to play havoc with electronics.

The first stage caused a flight to be directed to the UK from France but the plane didn’t have enough fuel. They went for an emergency landing but it was too late and the plane lost power and crashed into the motorway.

Elsewhere in the episode, Chief of Staff Anna Marshall (Victoria Hamilton) found herself under additional pressure as she went up against the Home Secretary Archie Glover-Morgan (David Haig) over the sacking of Dominic Knight (Sam Crane). Anna wanted to bring in an ex-Labour MP Francine Bridge (Marsha Thomason).

At the end of the episode, the UK’s electrical grid was knocked out by the solar storm.

Read our full recap of episode 1.

In episode 2, with the nation in the full grip of the crisis and experiencing the worst blackout in the history of the UK, Sutherland and his team are forced to work around the clock to restore power.

Meanwhile Anna reconnects with Edin, but this dalliance with her past love becomes more dangerous than she anticipates.

COBRA continues Friday at 9pm on Sky One and NOW TV, all episodes are also available now on-demand. Preview episode 2 with our gallery below: