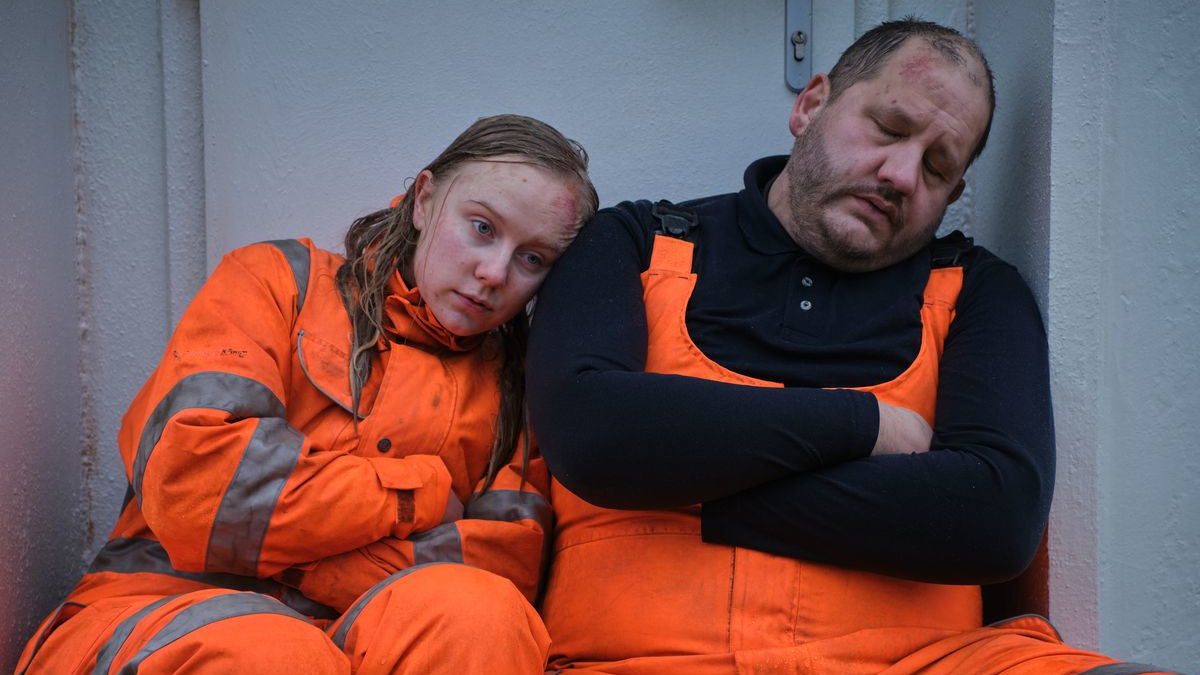 In the second episode of COBRA season 2, Prime Minister Robert Sutherland (Robert Carlyle) tried to deal with the aftermath of the explosion in Kent and the cyber-attack.

Sky originally launched the entire series of COBRA: CYBERWAR on demand via Sky Max and streaming service NOW. However, the final three episodes have been temporarily pulled following the murder of Southend West MP Sir David Amess, due to sensitive themes. The pulled episodes are expected to return at a later date.

The episode opened up by showing the aftermath of the explosion. Audrey (Alexa Davies) was shown injured and clinging to a piece of debris in the freezing water. She was rescued by Mark Everly (Dipo Ola) who had managed to get in a life raft.

At the latest COBRA meeting, Home Secretary, Joseph Obasi (Richard Pepple) gave a briefing on the incident. There were over 300 casualties and he expected the number to rise due to the disruption caused by the cyber-attack. Eleanor James (Lisa Palfrey) briefed on the cyber-attack and explained how the attackers had exploited a previously unknown vulnerability in the emergency services communication system. Sutherland was angry and demanded his staff find out who was behind it.

Joseph flew out to see Fraser (Richard Dormer) for a proper update on the situation. Fraser explained that the cyber-attack was causing chaos and making things very difficult for the emergency services. He also presumed that Audrey had perished in the explosion.

Meanwhile, Audrey and Mark struggled to stay afloat. They were close to an offshore wind farm and Mark suggested their best chance was to swim there. Audrey didn’t want to go back in the water but it was their only chance of survival. They made the swim and found a boat that had been stranded by the blast. Aboard they met crew member Stewart (Tony Way).

When conditions worsened, the trio had to leave the boat behind and climbed to a platform on one of the wind turbines. It wasn’t ideal but at least it was a bit safer. With no rescue in sight, Mark decided the best bet was for him to try and swim to shore.

Sutherland was convinced that the Russians had launched the cyber-attack in retaliation for the arrest of two of their citizens. Sutherland called a meeting with the Russian ambassador who rubbish his claims and also said that the arrested pair weren’t responsible or who they thought. Instead he said they were thieves and that Russia was happy for them to be charged. Sutherland was furious and asked for retaliatory cyber-attacks to be prepped.

Elsewhere in the episode, Anna was given MI5’s file on Edin Tosumbegovic, her former lover, by Eleanor. Eleanor explained why Edin took his life and Anna was left so upset that she snapped at Sutherland.

Fraser met with Audrey’s brother Gary (Michael Jobson) who had come looking for his sister. He offered to help with the communication problems and was able to rally his motorcycle friends to ferry messages about. Joseph arranged for press coverage of the effort.

At Labour HQ, Chris Edwards (Andrew Buchan) mades moves to take advantage of the situation to get Francine Bridge (Marsha Thomason) elected. Francine also met again with Hari Misra (Karan Gill) who explained that MI5 were keeping an eye on him due to the leaks he’d received.

Archie (David Haig) also made moves to get back into top government. This included TV interviews and criticising the response of the current administration and security services. He eventually got a meeting with Sutherland and looks like he’ll be getting a seat back at the COBRA table.

At the end of the episode, Sutherland leaked the Singer report into the shootings of civilians in season 1. GCHQ came up with a patch for the cyber-attack. The coastguard spotted Mark and picked him up then rescued Audrey and Stewart. Finally Hari was sent new leaked information about who was responsible for the Kent explosion.