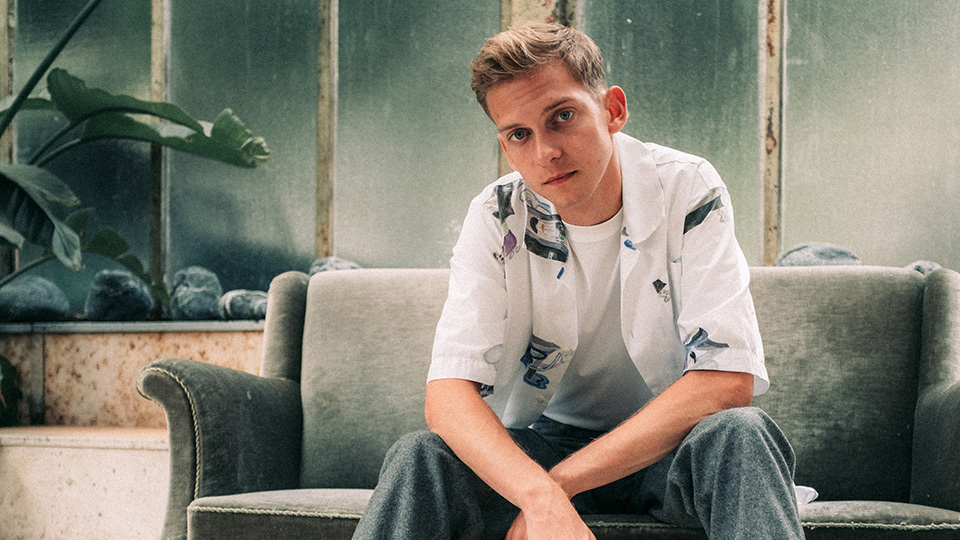 He recently released new single Four Walls, the first taste of new music since the EP, along with a live video for the track. With his eye set on going global, Nicklas is promoting his music outside of his home Country and picking up plenty of buzz.

I caught up with him to talk about Four Walls, discuss his plans for new music and to find out about his decision to pursue a career in music.

Hi Nicklas. How are you today and where does this email Q&A find you?

Hi! I’m great thanks. I’ve spent the last couple of days in the beautiful northern part of Denmark writing songs and taking long walks on the beach. Just what I needed! Right now I’m on my way home to Copenhagen. Ready and reloaded for more exciting work.

Your new single Four Walls is out now. What’s the track all about and where did the inspiration for it come from?

It’s about me catching up with myself in a way. At the time the song was written my career was starting to take off in Denmark and I was generally more busy than I’d ever been. Writing the song helped me see the importance in always being myself, writing my songs and surrounding myself with the people I love and get inspired by. That way everything can be busy, chaotic and ever-changing without me losing my grip on life.

You just premiered a live video for the track that strips the song down. Why did you decide to do that and what’s the reaction been like?

I’ve done quite a few of those stripped-down, one-take videos for my songs. I want to show people the true core of my music which is the words, my voice and the guitar. I consider myself first and foremost as a live performer. There’s a lot of ways to ‘fake your talent’ in the studio today so to say and I want people to know what I actually sound like live.

The track is your first new material since the Planets EP earlier in the year. Are you working on a new EP or album right now, and if so what can we expect?

Four Walls is my first step towards what could easily become my debut album. I’ve written so many songs I want people to hear and I want to give them a chance to get a broader understanding of me as an artist and as a human. I feel an album is the best format for that specific task.

When did you first know you wanted to pursue a career in music?

My dad and I recently saw an old video clip of me performing when I was ten years old. We talked about how you already then could sense how passionate and ambitious I was about music.

What have been your biggest challenges while pursuing your dream?

Finding my own, unique sound. I’ve been writing songs since I was 14 and I started off by writing all sorts of songs. After attending numerous writing camps and done a lot of more or less random co-writing with a bunch of different people I was hit by what I call ‘the schizophrenic-writer syndrome’. If you’re exclusively a songwriter who never has to perform your own songs it’s a huge advantage to be able to fit into any type of personality so that you can write for as many artists as possible, but if you’re an artist yourself you need to choose a path and a style – at least to some extend. For two years I stopped all the random co-writing and started working only on my own stuff.

For people who are new to your music, how would you describe it?

Something people often say after hearing my music is that they feel it’s very honest and real. I’m part of every little part of the creation of my music and the stories in my songs are always directly related to something I’ve experienced.

Do you have any plans to come over to the UK for some live dates?

The UK music scene has always been one of the most exciting and inspiring ones to me as a singer and songwriter so it’s a huge dream of mine to reach the UK audience. My team and I are currently working on setting up showcases, writing sessions and meetings in the UK with people who can hopefully help me make that dream come true.

What artists would you say are inspiring you right now?

To name a few: Paul Simon and Alec Benjamin. Two generations of real storytellers. They are both extremely gifted in building up stories in a fun and playful way which inspires me a lot.

I have a few shows in Germany I’m looking very much forward to. Other than that I’m starting my biggest Denmark headliner tour so far in the end of November which includes some really legendary venues all around the country. That’s gonna be absolutely nuts! Just typing it down brings back the butterflies!