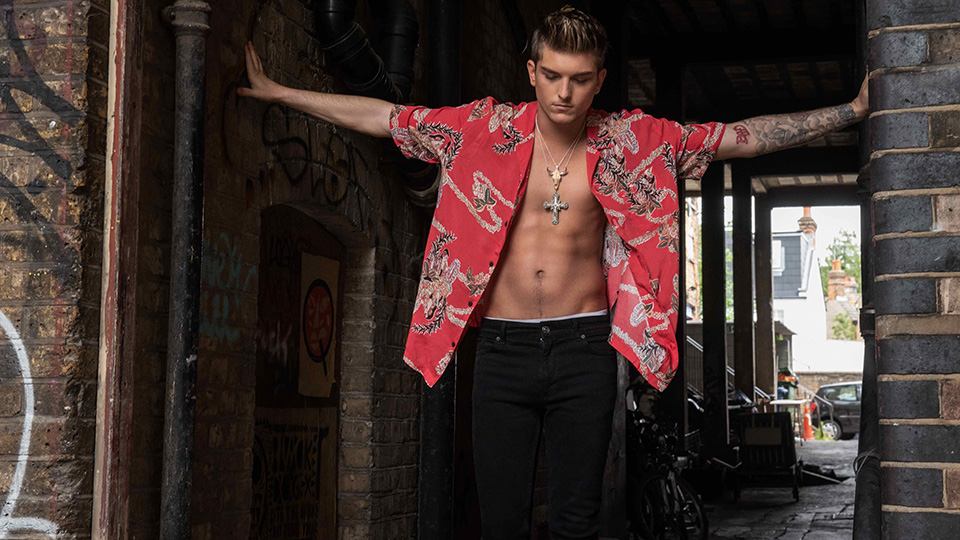 Co-written by Wisker and produced by Adam Moss, Wildfire is the first taste of Wisker’s upcoming debut EP, which is slated for release in 2020. Take a listen to the song below:

Speaking about Wildfire, Wisker says, “This track Wildfire means meeting someone and you only see them, and no one else, this person sets your heart on fire. I have waited such a long time to give my supporters my music, and now is the perfect time, with having Flatmates out on the BBC, to release a single showing the musical side of me. Having the acting and the music cross over is such an incredible feeling, and I’m excited for people to hear more of my music”.

Wisker is best-known for his roles on shows such as The Bill, Law & Order, The Sarah Jane Adventures, Casualty and the CBBC revival Tracey Beaker Returns. He was recently seen in the new BBC comedy series Flatmates, which featured him performing Wildfire.

Before his EP arrives, Wisker will release a few more singles in the coming months. He’s inspired by the likes of Justin Bieber, Austin Mahone, and Conor Maynard.