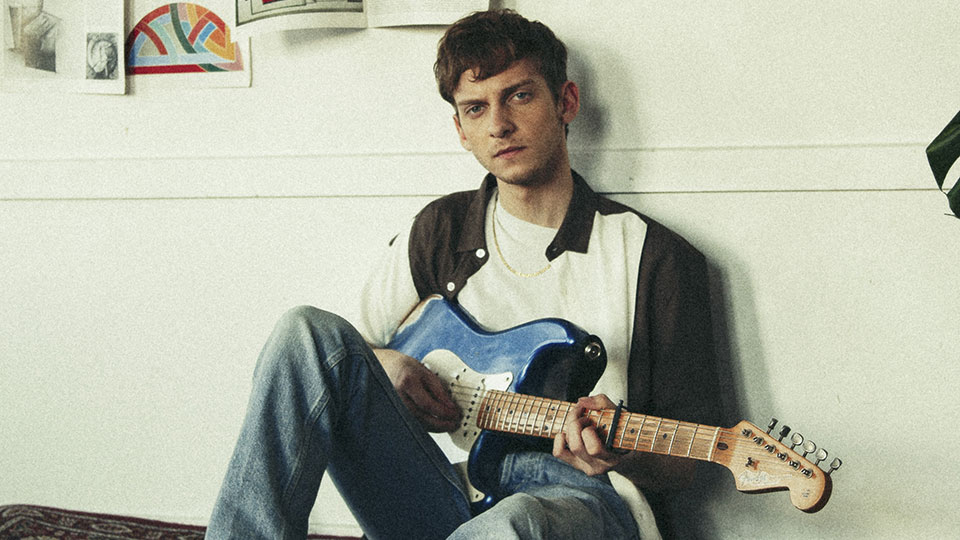 The song is a love song based on timeless emotions that feels particularly relevant in the current situation. Set to a feelgood, summery vibe, it explores being lost in the loneliness of heartbreak and longing to go back to a moment that has long passed.

“In The Window Frame is about the feeling of being stuck in the past,” explains Nicklas. “When the loneliness hits you and you get dragged into the illusion of missing the girl, even though you know deep inside that it’s not rational. The classic situation where you are standing in a bar, sending her a text, knowing that you will regret it at the very next moment. In the song, I walk the line and go out and scream her name towards the window frame and wake up all the neighbours. In real life, I go to the studio and write a song about doing it instead. It is easier to tell the story and yell it out from the speakers than out in the real world.”

The accompanying video captures the reality of that creativity. It sees Nicklas escaping those thoughts in the way that he knows best: by setting his home studio up, plugging in his guitar and channeling those frustrations into a song.

In The Window Frame is the third song to preview Nicklas Sahl’s forthcoming album, which will follow at the end of the summer.

Advertisement. Scroll to continue reading.
In this article:Nicklas Sahl