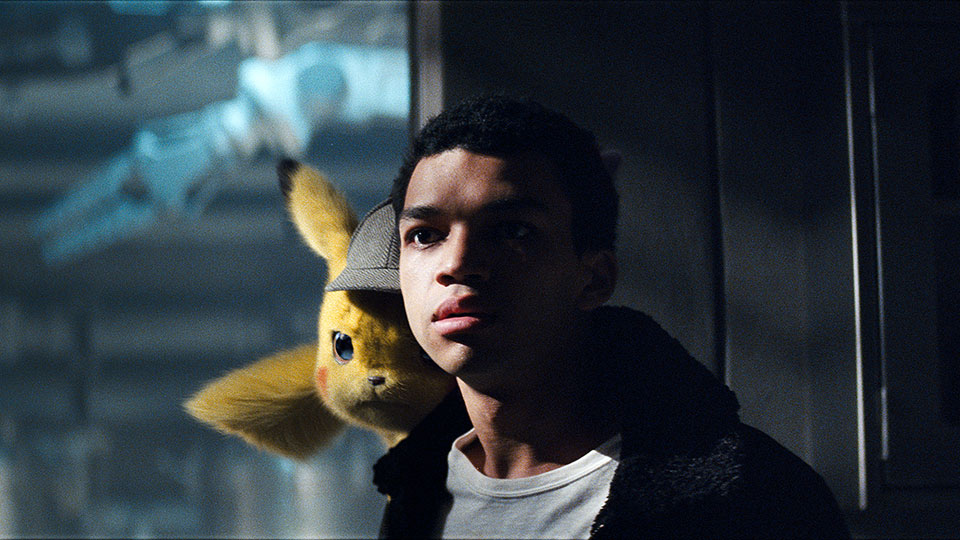 21-year-old insurance salesman Tim Goodman (Justice Smith) gives up his Pokémon training following the death of his mother and the disappearance of his father Harry, who is believed to be dead. Tim heads to Ryme City to pick up his father’s belongings and in the apartment he meets Pikachu (voiced by Ryan Reynolds), who he can understand – something that is rare between humans and Pokémon. Pikachu reveals that he was Harry’s police partner and he is suffering from amnesia. Aided by journalist Lucy Stevens (Kathryn Newton), Tim and Pikachu investigate Harry’s apparent death and stumble upon a conspiracy that threatens all Pokémon.

Pokémon: Detective Pikachu was a runaway hit at the global box office taking more than $431 million against a $150 million budget. The film has revitalised the franchise’s big screen prospects and it delivers a fun, action-packed film that the whole family can enjoy. I admit my knowledge of the Pokémon world is somewhat limited but from what I do know, I think the film brings to life a very faithful version of the world that has millions of fans hooked across the world.

Centred around Tim, Pokémon: Detective Pikachu serves up a twisty story that packs in plenty of surprises and boasts some seriously impressive visual effects. As Tim navigates his new relationship with Pikachu, the wise-cracking and loveable Pokémon, he is pulled into a conspiracy that keeps leading him back to disabled visionary Howard Clifford (Bill Nighy) and his son Roger (Chris Geere), the founder and president of Clifford Enterprises respectively. I don’t want to give away too much more about the plot for risk of spoiling it for those that haven’t seen the film yet.

For me, Pokémon: Detective Pikachu is a good old-fashioned blockbuster that’s suitable for the whole family. It’s packed with thrills, laughs and it’s visually very attractive. Once Tim arrives in Ryme City, the colours become more vivid and the world of Pokémon really comes to life. While only really Pikachu gets a rounded character from the Pokémon, there are plenty of recognisable faces for long-time fans of the franchise.

Ryan Reynolds is the scene-stealer here without a doubt. His take on Pikachu is perfect for the film and he’s very, very funny. His warm voiceover work immediately draws the audience to Pikachu and he’s the character you stick with from start to finish. Justice Smith continues to impress following Jurassic Park: Fallen Kingdom as Tim and Kathryn Newton brings a quirkiness to the film as Lucy that works. Smith in particular is proving very adept at comedy and he’s a lot of fun to watch onscreen.

The Blu-ray edition of the film is packed with extras including Detective Mode, a series of featurettes – My Pokémon Adventure, Creating the World of Detective Pikachu – along with an Alternate Opening, Mr. Mime’s Audio Commentary, Ryan Reynolds: Outside the Actors Studio, and the music video for Carry On by Rita Ora (who appears in the film in a small role) and Kygo.

Pokémon: Detective Pikachu is enormous fun and I’m already excited about the upcoming sequel. I hope they keep all of the characters from this one and continue to explore the vast world the film creates. While the story may be overly complicated at times, Pokémon: Detective Pikachu is always fun and even if you’re not completely on top of the plot, you’ll find plenty of other things to enjoy about the film. I think this is one of the best blockbusters the big screen, and now home entertainment, has seen in a long time.