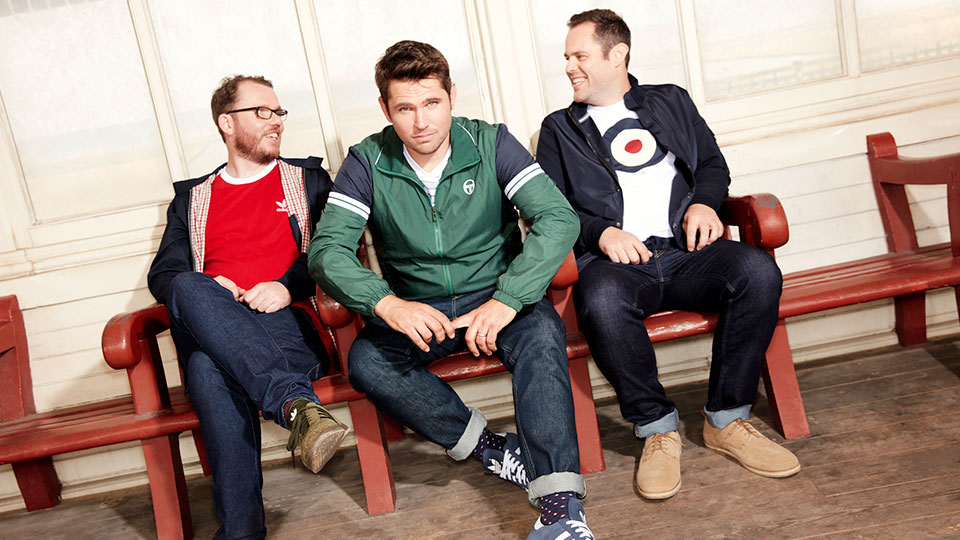 The video was shot in Camden and features Stefan Mihalache dressed up as an old man, wreaking havoc in public. The hilarious scenes are cut together with Scouting For Girls performing the song on the streets of Camden. Watch the video below:

Talking about the video Scouting For Girls frontman Roy Stride told us exclusively:

“We’re very excited and super proud of the video for Grown Up. It was a sketch of an idea we had back when we started recording it but it’s surpassed everyone’s expectations.

It’s definitely up there with one of my favourite SFG videos – if not my favourite of all time. It has a naughtiness and silliness reminiscent of our early ones like Elvis ain’t Dead and It’s not about you.

We also had great fun filming in Camden – just down the road to the Dublin castle – the gig we got signed at. It was the hottest day of the year and those takes were filmed after we had busked for 20 minutes and build up a crowd – not the best we’ve ever looked but it was worth it for the looks on the faces of everyone who saw our special guest!”

Grown Up is taken from Scouting For Girls’ upcoming album The Trouble With Boys, set for release on 20th September through Sony Music.

The band commented, “We are so excited to release The Trouble with Boys, our first studio album in four years. We’re really proud of it and genuinely feel it’s our best collection of songs since our debut. Both albums really benefited from the extra time and care we spent writing and recording them. I can’t wait for people to hear it.”

Scouting For Girls are in the middle of summer festival season and later in the year they’ll be embarking on their headline The Trouble With Boys winter tour. The full dates are:

The Trouble With Boys Tour: