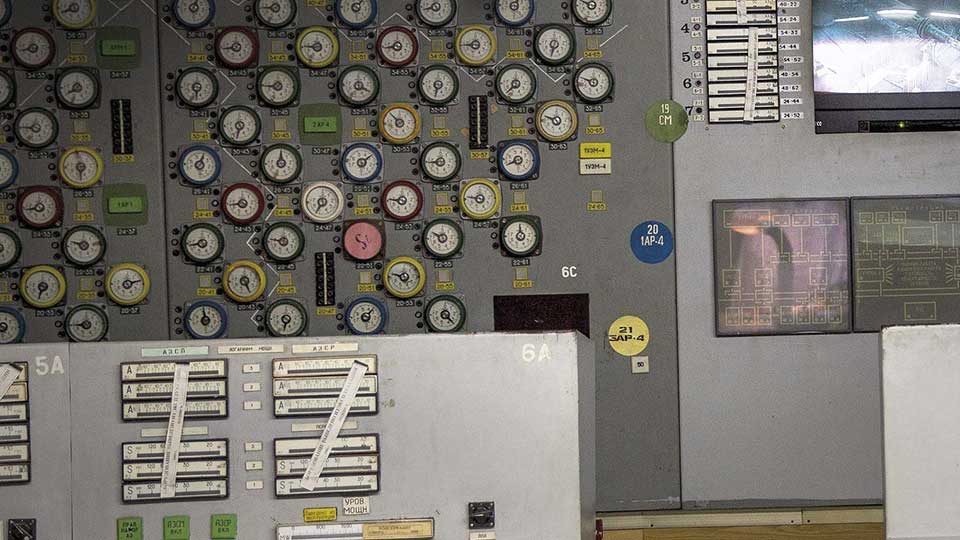 A recent television dramatisation starring Jared Harris has put the 1986 Chernobyl Disaster back into public consciousness. The renewed interest is perhaps also spurred on by the 30th anniversary of the collapse of the USSR (the superpower in charge of Ukraine at the time) and the fall of the Berlin Wall.

There are now generations of young people who don’t remember Communism’s presence in the west. When the town of Pripyat was evacuated following the explosion, it became a ghost town. The region remains dangerously radioactive and will do so for many generations to come, yet tourists are drawn to it to take selfies. The Soviet-era architecture, emblems and murals catch Pripyat in a bubble, freezing it into April 1986 – the last time anyone lived there – an echo of Ukraine’s unhappy past.

Serhii Plokhy’s Chernobyl, History of a Tragedy, is painstakingly researched and meticulously detailed, making full use of recently-divulged and declassified KGB files. Many parts of the book make for compelling reading. Although the spine of the narrative provides a timeline from immediately before the disaster to the end of the Cold War, the human drama isn’t lost in the mix. We’re constantly reminded that real lives were severely impacted, or ended (even if not immediately), by this historical event. Solzhenitsyn-like, Ploky does not mince his words when recounting the many failings of the Soviet regime and its dehumanising politics, laying the evidence that the machinery of state is culpable as well as, if not as much as, human error, for the disaster. It is stark reading, but perhaps unsurprising.

We hear of real human tragedy too, perhaps never more movingly than the fate of Valerii Legasov, first deputy to the director of the Kurchatov Institute of Atomic Energy, whose story is peppered throughout the book. Plokhy is undoubtedly at his most forceful as a writer when painting the broad brushstrokes of the events, such as the aftermath of the tragedy and the evacuation of Pripyat, where the authorities told the frightened civilians they would return home after three days (of course, they never went back). These make for unforgettable passages. Equally powerful are the details of the brave fire fighters who were the first on the scene, and consequently the first to suffer symptoms of acute radiation sickness.

The scale and ambition of the narrative, which tries to capture every detail of the histography, is where the book is at its weakest. Key players come and go as digressions on events take over. A multitude of names and positions in the power plant, services, military and government run past the reader at speed, and return several chapters later. Attentive reading is required. There is much to capture in only 350 pages. It is perhaps hard to convey to a lay reader, but, for example, what went wrong with the reactor that led to the fire isn’t made wholly clear, and a few basic diagrams of the inside of the reactor’s core don’t help.

The broad brushstrokes, however, are very successful. Few people come out of the book well, but in its excoriating critique of the Soviet regime, with its bureaucracy, lack of accountability and dehumanising ethos, Plokhy is extremely successful. Mikhail Gorbachev (General Secretary of the Communist Party at the time), whose reforms of glasnost and perestroika ensured a sympathetic legacy in the west, is seen as dithering over his reaction to the tragedy, attempting to cover up the disaster rather than admit it internationally, even though the radiation from the fallout was soon picked up by scientists in Sweden. Plokhy makes the case brilliantly that the disaster was caused, not by the inherent danger of harnessing nuclear energy, but by such power being run by a rotten regime without the required safety standards. The reactors built in the USSR did not meet international safety standards by having a concrete shelter above them required to halt the spread of radiation if anything went wrong. Coming across such moments in the book are jaw-dropping.

Plokhy was a young academic living behind the Iron Curtain at the time. The personal interest, and the passion for the subject and the desire to get to the truth, shine through in the pages. Not always an easy read, but Chernobyl – History of a Tragedy is an important book that has been thoroughly researched and presents the most up-to-date information. It’s an eye-opener for the intellectually curious and a warning to all governments to ensure that history does not repeat itself. The fallout from Chernobyl will be felt for many centuries to come. It’s a disaster that affects every one of us. That’s why the subject is so powerful, and remains so urgent.