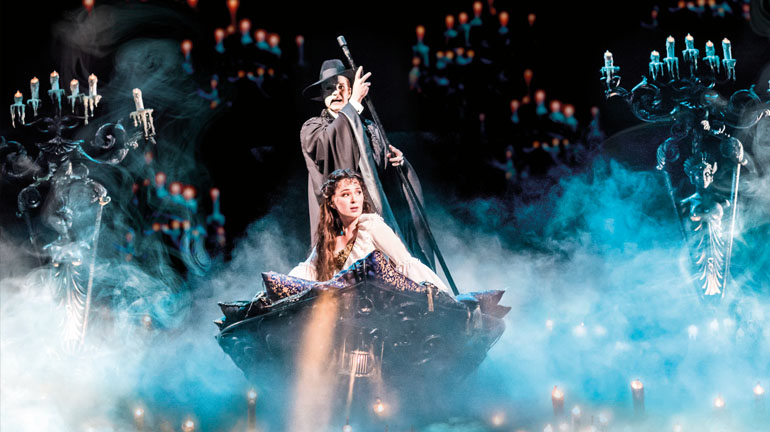 Now celebrating its 33rd year in the West End, The Phantom of the Opera is widely considered one of the most spectacular musicals in history.

In March 2020, Andrew Lloyd Webber and Cameron Mackintosh’s romantic, haunting production returns to Manchester Palace Theatre to retell the gothic tale of a disfigured musical genius who haunts the depths of the Paris Opera House.

Mesmerised by the talents and beauty of a young soprano – Christine – the Phantom lures her as his protégé and falls fiercely in love with her. Unaware of Christine’s love for Raoul, the Phantom’s obsession sets the scene for a dramatic turn of events where jealousy, madness and passions collide…

Andrew Lloyd Webber’s iconic and soaring score includes Music of the Night, All I Ask of You, Masquerade and the iconic title song. It has won more than 70 major theatre awards, including seven Tony Awards and four Olivier Awards.

The Phantom of the Opera is at The Palace Theatre Manchester from Thursday 26th March to Saturday 30th May 2020. Book tickets online at atgtickets.com.

In this article:All I Ask of You, Andrew Lloyd Webber, Cameron Mackintosh, Masquerade, Michael Crawford, Music of the Night, Musical, The Palace Theatre Manchester, The Phantom of the Opera