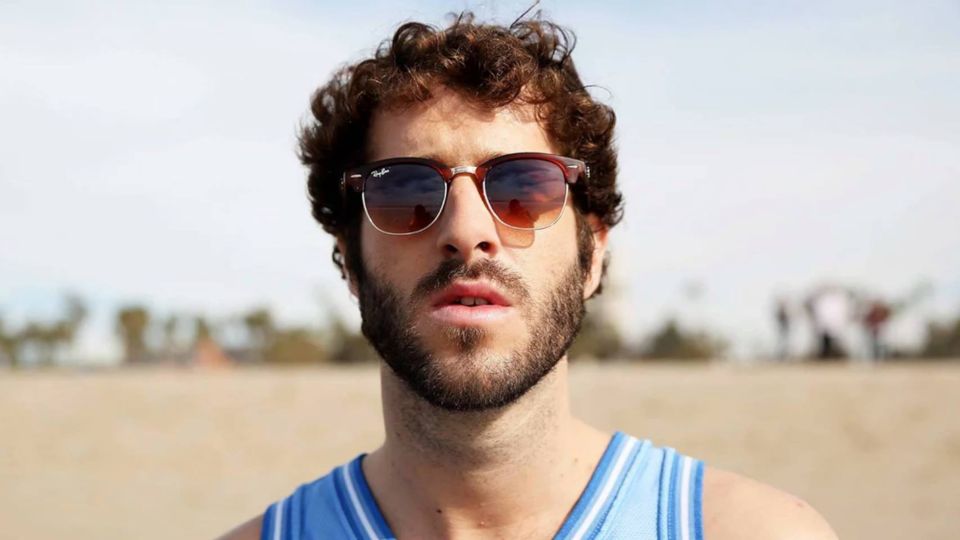 Lil Dicky is an American rapper, though he’s not what you might expect. I first heard of him when a friend mentioned that he had done a hilarious narration of Disney’s The Lion King in a rap form. After watching the video on YouTube I knew I was going to be a fan.

Lil Dicky, real name David Andrew Burd, grew up in a middle-class Jewish area of Philadelphia. He’s been through college and held jobs in account management. He’s not really what you might expect of a rap artist and that’s before you’ve heard his music.

View The Lion King video below:

Lil Dicky likes to use a lot of humour in his raps and some of them are genuinely hilarious. A lot of his humour is laughing at himself, his weedy appearance, his (in his words) small penis and his privileged upbringing are often pointed out.

He also comes across as pretty immature in some of his tracks and he’s not afraid of a bit of smut too He got his first break when his video for Ex-Boyfriend went viral on YouTube getting over a million views in the first 24 hours.

Be warned, before you watch any of the videos below they all contain bad language and sexual references.

View the Ex-Boyfriend video below:

Lil Dicky definitely isn’t for everyone given his choice of subjects to rap about but underneath the comedy, he is a very gifted mc. His flow is crazy and his lyrics can be very clever at times. He also has a stab at the preconceptions of the hip hop industry in his track Professional Rapper featuring Snoop Dogg claiming that his music is much anti-rap as it is rap music.

View the Professional Rapper video below:

If you have heard of him already there’s a good chance its due to the song Freaky Friday featuring Chris Brown. The video for this song is currently sat on over 500 million views on YouTube. The track explores what Lil Dicky would do if he woke and found that he’d swapped bodies and lives with Chris Brown. Needless to say, he has lots of fun in Chris Brown’s world. Chris is actually what makes this video a hit for me, his facial expressions are priceless.

View the Freaky Friday video below:

More recently Lil Dicky has been making a name for himself as an environmentalist. He’s approaching it from a different angle though and is doing it through his music and his large reach on YouTube. His song Earth was released in April 2019 and is an animated video (for the main part) celebrating all that is good about our planet. The track features  Ariana Grande, Zac Brown and Snoop.

View the Earth video below:

So, who is Lil Dicky? He’s a white Jewish rapper with a middle-class upbringing who is attempting to change the game. I’m not sure he’ll succeed in that aspect as the rap industry, certainly the mainstream, is unlikely to embrace him with open arms. Despite that, he continues to put out intelligent, funny, sometimes immature and sometimes gross music. I find him a refreshing change from pretty much all of the rap music out there and recommend you go and check him out.