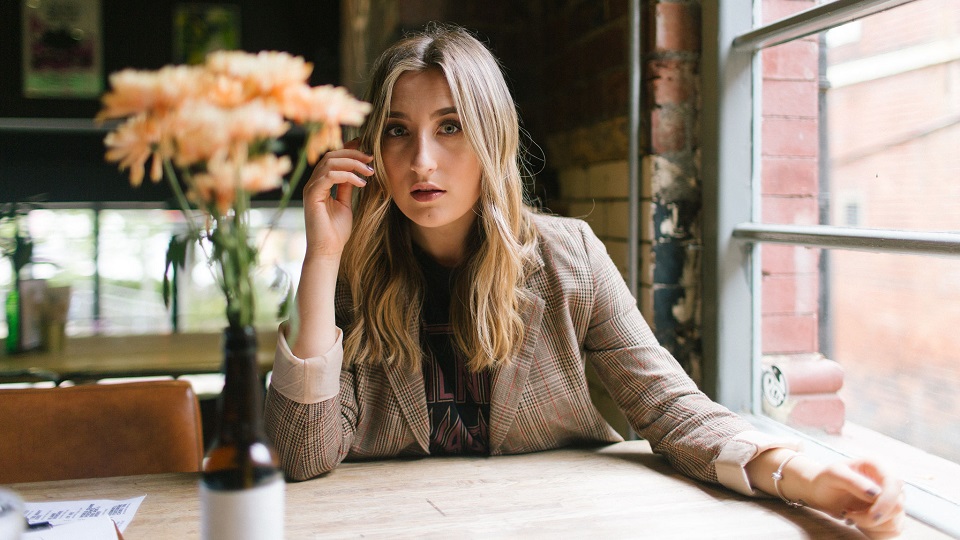 There’s so much great new country music coming out at the moment, and the EF Country team are celebrating this with our new Song of the Week series. Today we’re focusing on rising UK singer-songwriter Jess Thristan and her new single, The Old Me.

We first heard Jess when she supported fellow Yorkshire artist Jade Helliwell at her headline show in May and were very impressed with her vocals and songwriting. The Old Me is her first release since 2017’s EP This Is Home, and was written with Alex Maile and produced by Adj Buffone.

You can listen to The Old Me here:

The song opens with a steady, almost ponderous drumbeat before the acoustic guitar and piano come in. It’s a very traditional-sounding track but with just enough hints of modernity to not feel dated, and there’s just enough brightness in the melody for it not to feel too downbeat.

That stripped-back approach means there’s a lot more focus on Jess’ vocals, and she definitely delivers. The verses have a measured quality about them, further enhancing that wistful vibe, before kicking into a big soaring chorus. There’s a nice balance of sweetness and richness to her voice throughout that doesn’t overpower the song, but definitely tugs at the heartstrings nonetheless.

Lyrics-wise, the song focuses on having lost your sense of self and wishing you could go back to the person you were when you were younger. When Jess sings, ‘I used to stand a little taller, used to laugh a little louder’, you really feel the sense of yearning for her old self. There’s also a great feeling of hopefulness in the middle eight that stops the song being overly melancholy and leaves it ending on a lighter note than many similar songs.

The Old Me is one of those songs that draws you in slowly and doesn’t let go. It’s a great example of Thristan’s skills as a storyteller and shows off her vocals beautifully. There’s tons of potential for her to be the next big UK country star and on this evidence I’m really excited to hear more from her soon.

Advertisement. Scroll to continue reading.
In this article:EF Country's Song of the Week, Jess Thristan