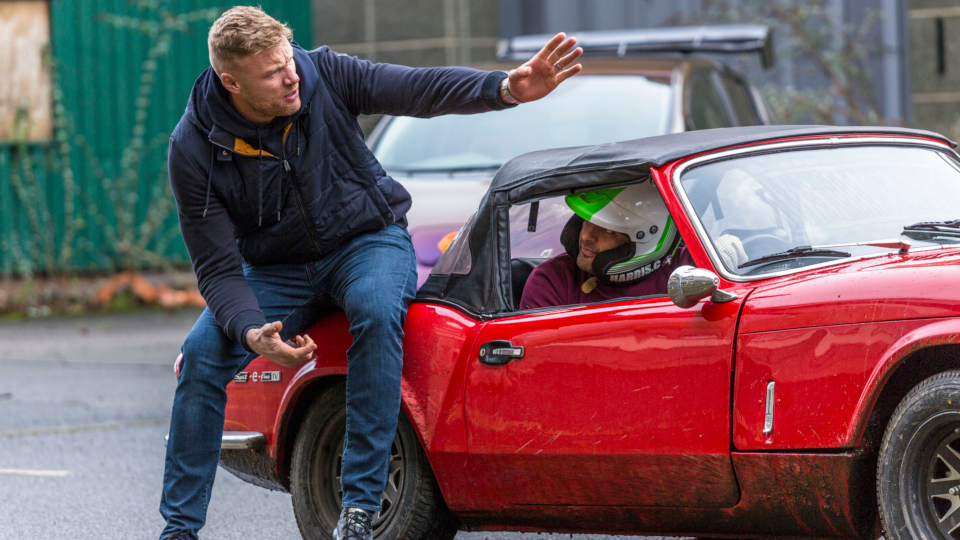 Watching this episode of Top Gear was one of the most enjoyable hours of TV watching I’ve had in quite a while. The new line up of Freddie Flintoff, Paddy McGuiness and Chris Harris had it nailed from the start with their banter and some of the scenes had me crying with laughter. Even Paddy wasn’t shouting nearly as much as in the first episode and appears to have settled into the role.

Episode 2 was an electric car special. The boys were tasked with creating their own electric car that would appeal to the masses as they believe that the current offering on the market is pretty boring.

Chris converted an old Triumph and Freddie added an electric set up to a Subaru Brat. Meanwhile, Paddy made some rather ‘interesting’ mods to an already electric Nissan Leaf. All three cars were actually quite impressive although Paddy’s was definitely an acquired taste.

They then put their cars through various tests including an agility test where the boys were attached to an electric shock machine. As you can imagine they couldn’t resist giving each other shocks with some hilarious results including a crashed car and many swear words. On the drive between tests Paddy ran out of juice (which became a theme for the whole episode) and ended up stopping in a strangers caravan and having a brew whilst his car charged up.

The testing of their cars culminated in an endurance race around the town centre of Mansfield where they had to race for an entire twenty-four minutes with the driver putting in the most laps being declared the winner. You’ll have to watch the show to find out who won.

Chris also put the new Tesla Model 3 through its paces around the Top Gear track. Tesla is hoping that the Model 3 will be their first mass-market electric car and its main competitors are the Audi A4 and BMW 3 series. The Model 3 looks like a truly impressive car with great performance and some interesting features. Not only does it have blistering pace but there is a whoopie cushion mode too!

The celeb guests were Danny Boyle and Himesh Patel. The banter between them and the three presenters was fun to watch and it was clear that all involved had a great time during the filming.

To sum up, this episode was, for me at least, TV gold. It’s not particularly taxing on the brain, but that’s a good thing. If you want to watch a TV show to simply have a good time then this season of Top Gear is looking pretty much perfect so far.