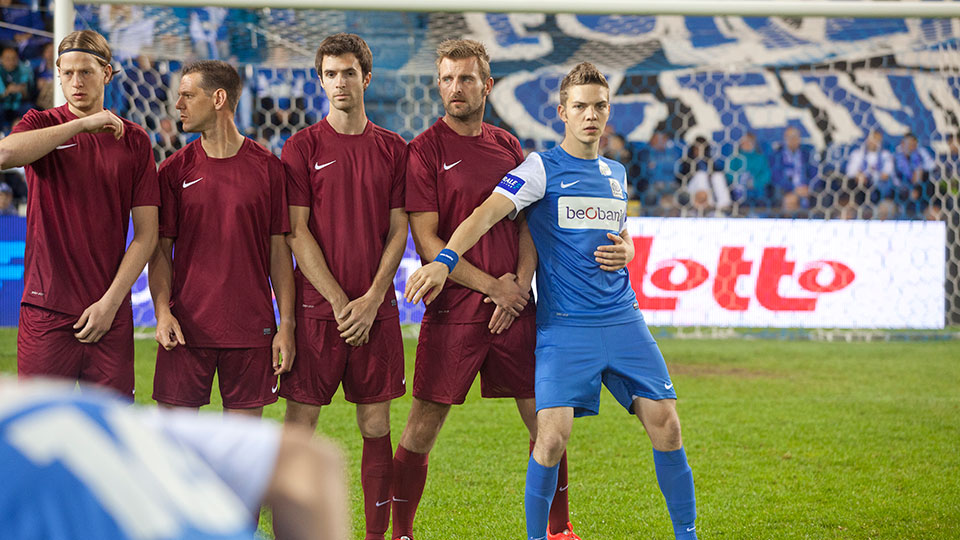 Walter Presents is bringing The Score series 1 and 2 to All 4 on 5th July as full boxsets.

The compelling family saga set against the backdrop of Dutch premier football is created by Gijs Polspoel and Jeroen Dumoulein, and stars Joren Seldeslachts, Oscar Willems and Louis Talpe.

Two brothers share the same dream of becoming football stars, but when only one of them is selected to play for a top team, their family is torn apart and they discover that sometimes you have to be careful what you wish for.

When a talent scout attends his football match, Alan Moerman is thrilled to be offered a trial for a premier league club. However, when Alan turns up for training it transpires that there was a mix-up and the scout actually wanted his brother, Dennis. Alan’s dream is shattered while he watches his brother fulfil his destiny.

Meanwhile, Dennis is suddenly catapulted into the glamorous yet deceitful world of top-class football where money is everything and sex, lies and corruption are the norm. When Dennis hits crisis point, he realises that’s when you need your family most. But with Alan stuck at home, his bitterness spirals into destructive behaviour and, after his girlfriend leaves him, he finds himself drawn into the world of crime.

With both brothers finding themselves the victims of success and failure, will their love for each other turn out to be stronger than the call of money and fame?

Walter Presents: The Score series 1 and 2 will be available to stream exclusively on Walter Presents via All 4 from the 5th July 2019.

Advertisement. Scroll to continue reading.
In this article:All 4, The Score, Walter Presents