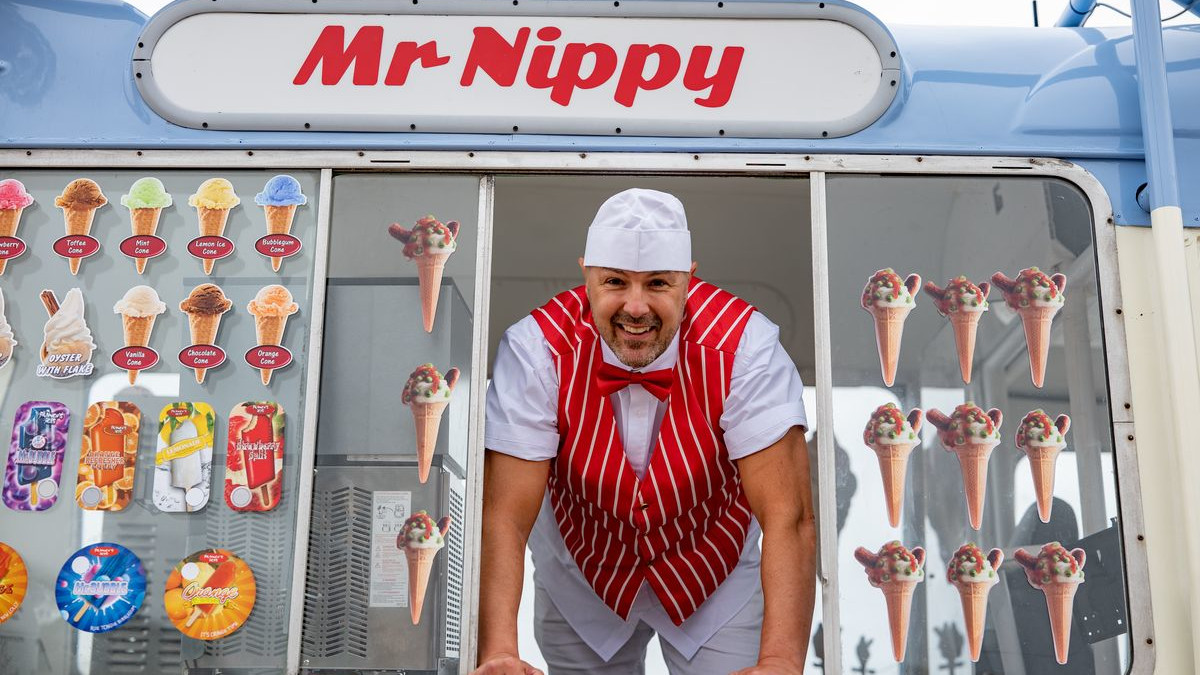 This episode, the final one of Top Gear series 29, centres around another crazy invention from Paddy. Remember the Dirty Rascal? well, this is something similar. He’s decided that the traditional ice cream van of old is in need of a makeover and has reinvented it in the form of his Mr Nippy ice cream van. Not only has he altered the design of the van he’s also changed the food offerings. In addition to the usual cold treats, Paddy’s van can also deliver sausage and mash cones too!

The film is set in Blackpool and after some general messing about and serving ice creams to the public they head to Blackpool airport to take part in a challenge. The challenge pits Mr Nippy against a traditional ice cream van. The task is to deliver three ice cream cones to some nearby firefighters whilst navigating a made-up racecourse. Freddy is driving the traditional van and manages to wipe the floor with Mr Nippy putting in a time almost twice as fast.

Paddy then takes the boys back to the beach to demonstrate his van’s effectiveness in its natural environment. This results in a general breakdown of order and the van is thrashed all over the beach as Chris and Freddy being tossed around in the back of the van. Paddy then reveals that Mr Nippy can even deliver ice cream to people in the sea in the form of his Mr Shippy inflatable. This results in zero ice creams being delivered and Paddy taking a sound dunking in the sea.

The final part of the Mr Nippy film involves strapping paintball guns to Mr Nippy as it attempts to take over ‘Hamburger Hill’ from a team of evil fast food vans. Paddy and Chris are in Mr Nippy whilst Freddy takes control of the other fast food trucks. It looks like Mr Nippy is going to emerge victorious until Freddy reveals a secret weapon, an actual tank. Things now look bleak for Mr Nippy but due to some shoddy driving, the tank manages to put itself out of action.

The second film focuses on electric cars. Namely the Honda e, Corsa e and the Mini electric. Weirdly the challenge here to drive the cars around a closed Alton Towers in a bid to escape the park first. Random roadblocks have been placed around the park and the boys only have the basic visitors map to help them navigate.

This results in a very close race as they each take different routes and run into roadblock after roadblock. Ultimately Flintoff manages to take victory escaping the park first. This films proves absolutely nothing regarding which might be the best car to buy but is fun to watch nonetheless.

The next series of Top Gear is due to hit out screens sometime in 2020.