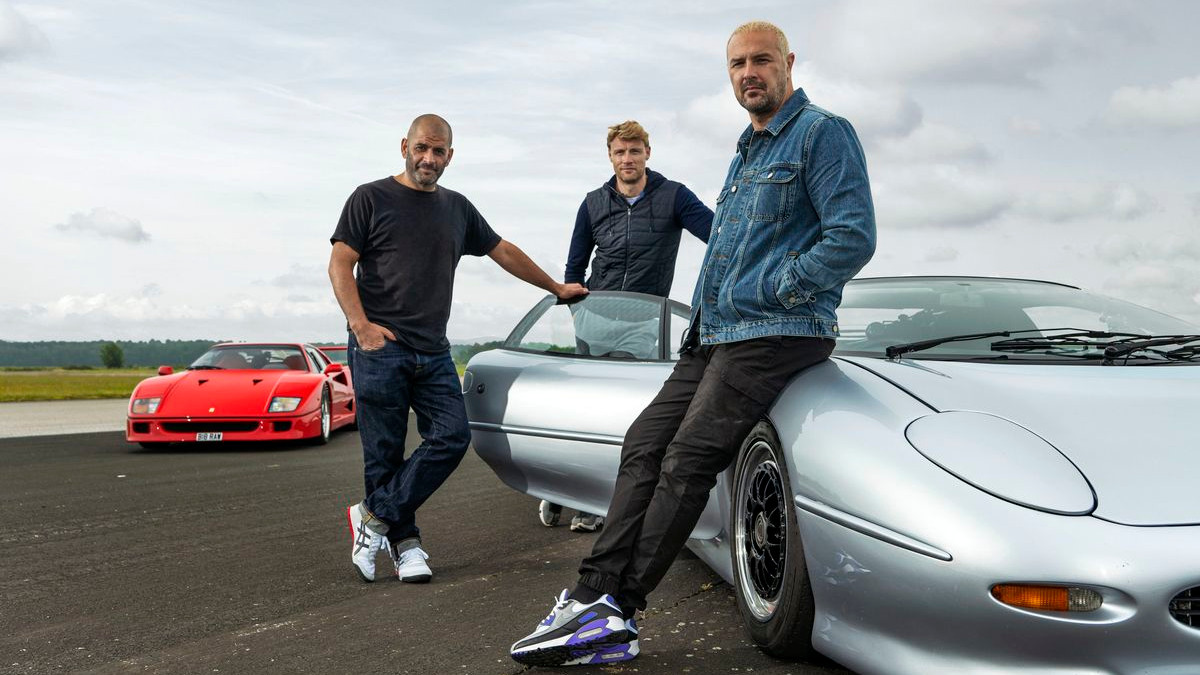 Last nights episode of Top Gear was another typical episode featuring crashes, near misses, stupid stunts and absolutely zero consumer advice. I for one am not sorry about this and enjoyed it thoroughly!.

In episode 2 we get to see two separate films each with very different themes. In the first film, the trio are tasked with choosing a classic supercar that symbolises the goal to exceed 200mph in a road car. Chris Harris chooses a Ferrari F40, Paddy opts for a Lamborghini Diablo with Flintoff going for Jaguar XJ220.

After introducing the cars whilst blasting around some country roads the boys are told to report to a local airfield to see if the cars still have the speed they had when they were built which is almost thirty years ago.

Only two of them manage to make it to the airfield as one of them manages to lose control and writes off their car. Normally you’d think this would have been Flintoff given his reputation but this time it’s Paddy who manages to trash his car.

At the airfield, Harris and Flintoff have themselves, a good old fashioned drag race before Freddie decides he wants to see if his Jag can still reach 200mph. True to form, Freddie has balls of steel and after a couple of practice runs manages to exceed the 200mph goal by breaking dangerously late. The man truly knows no fear.

The second film explores the viability of buying insurance writeoffs. The chaps are each given £6000 to go shopping with. Paddy opts for a Porche, Flintoff a Mazzerarti whilst Harris goes for Ford Focus ST. As the cars are write-offs they are far from perfect, each having their own ‘minor’ faults.

The cars are then put to the test via a few different challenges the first of which is a speed test. This is a simple one, the idea is to see which car can reach the fastest speed whilst remaining on the runway. Harris is by far the slowest but as he is the only one who manages to stay on the runway he is declared the winner.

Challenge two is musical chairs only with cars and parking spaces instead. To spice things up three other cars join the game driven by various incarnations of the Stig. As you can imagine this soon degenerates into everyone simply crashing into each other as they jockey for position. Flintoff ends up victorious but not without some serious damage to his car.

The final challenge is truly terrifying and sees the boys attempting a wall of death in their cars. The wall of death is a 100ft wide, 2 storey high circular track with vertical walls. The guys are challenged with getting their cars vertical whilst going at least 50mph. After some practice tries in a purpose-built car they are let loose with their insurance write-offs.

All three put in a heroic effort with Paddy and Chris managing to complete the challenge albeit with some serious damage to their cars. Flintoff is so close to completing the challenge but his car isn’t up to the stresses of the wall of death and he just misses out amid a cloud of smoke and broken car pieces.

All in all another entertaining episode, I’m looking forward to episode 3 which will air on BBC One on 18th October.