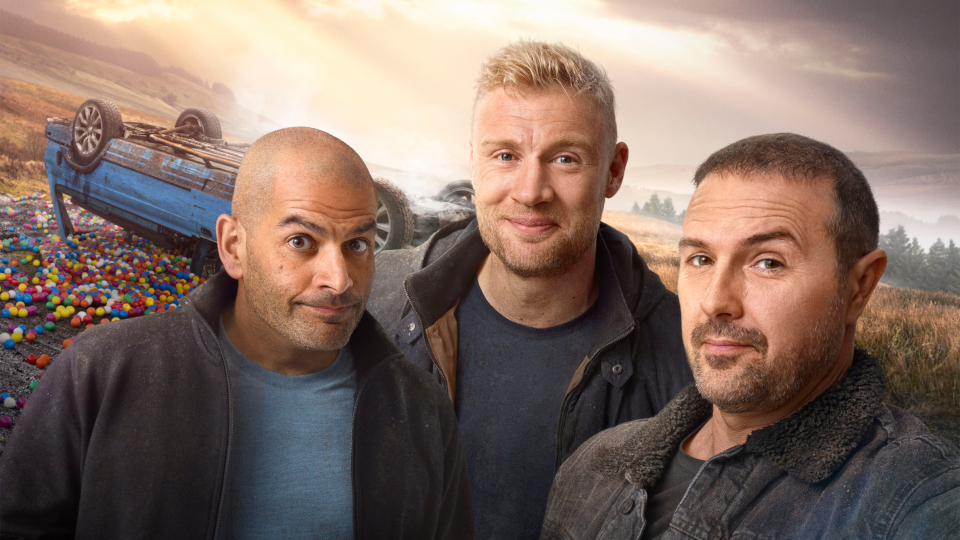 The wait is finally over and the new season of Top Gear has landed on our TV screens complete with a new line up of hosts. Chris Harris is still there but is now joined by Paddy McGuiness and Freddy Flintoff.

It’s always a gamble when a show changes the hosts and it doesn’t always pay off, remember the shouty Chris Evans after the departure of Clarkson and co? Thankfully, the producers in my opinion, with the addition of McGuiness and Flintoff have made a very good choice.

McGuiness can be a bit shouty but no more so than usual and Flintoff brings a certain sincerity to the show that it has sometimes been lacking. More importantly, the boys appeared to really get on and genuinely have a laugh with each other.

This episode sees the boys celebrating the first cars they ever owned. They are each given £4,000 to spend on a car that comes as close as possible to the first car they owned. They are then to meet up in Ethiopia to begin their challenge. McGuiness brings a Ford Escort Mark 2, Harris brings a Mini and Flintoff, believe it or not, brings a Porsche Boxter!

The boys then set off on an epic journey across Ethiopia climbing over the Semien Mountain range, crossing the Danakil desert and ending up in the Afar Triangle which is thought to be the cradle of mankind. As you would expect from Top Gear the journey is broken up by a couple of mini challenges.

Challenge one is a driving test around a quarry which results in a bit of cheating, a beached car and a very unhappy Freddy Flintoff who has to wear the losers jumper. The jumper is a heavy knit roll neck, perfect for the 40 degrees heat of Ethiopia! The second challenge involves a bit of blindfolded driving because why not!?

The cars and presenters are really put through their paces on this challenge and I got the impression that it was a great bonding session for this new line-up. As always with the series, the location was captured beautifully and the guys were often in awe of the scenery.

Also in the show, Chris puts the Ferrari 488 Pista and McLaren 600LT through their paces with one of them taking the crown as the new power lap leader but you’ll have to watch to find out which one.

If this is setting the scene for what is to come in this series then I for one am very happy. McGuiness and Flintoff are a nice contrast to each other and to Chris Harris and together they make a very relatable, entertaining team. They were enjoyable to watch and even Paddy’s shouting didn’t detract too much.

Top Gear is available to view on BBC 2 at 8pm every Sunday. If you’ve missed it you can always catch up on BBC iPlayer.