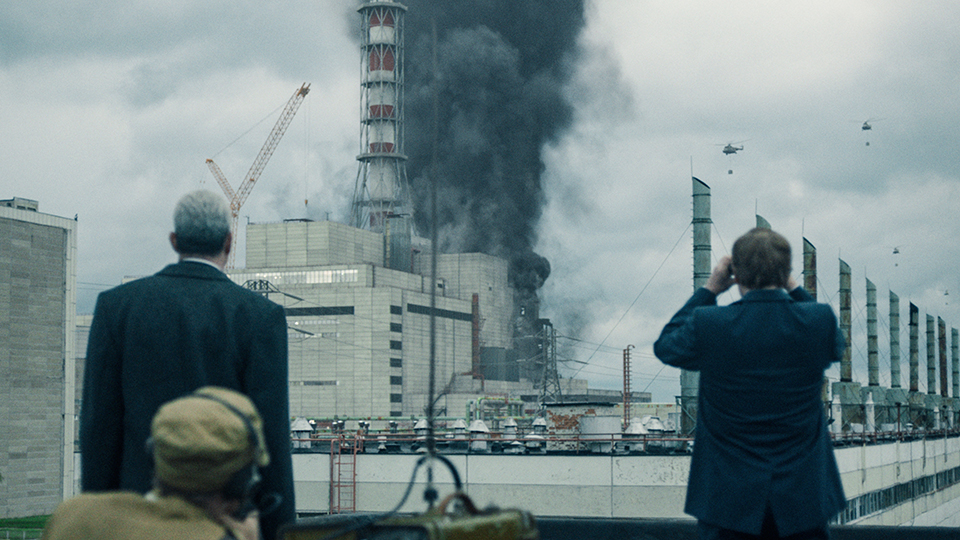 I thought I knew a bit about what happened in the disaster at Chernobyl in 1986 but after watching the mini-series Chernobyl, it turns out I had absolutely no idea just how close the world came to a catastrophe of international proportions. Chernobyl tells the whole story of what happened in the hours running up to the explosion and the weeks and months after. It celebrates the heroes, the first responders who had no idea what they were walking into, the scientists involved in coming up with a plan to prevent the disaster from getting worse and those who willingly risked their own lives for the greater good.

If you haven’t seen Chernobyl yet be warned that this article contains some spoilers about the series.

You can view the Chernobyl first look trailer below:

Chernobyl also highlights the sheer stubbornness of the Soviet regime as party members are unwilling to admit that such a thing could happen on Soviet soil. They are more concerned with covering their own backs rather than admitting the truth and getting help to deal with such a dire situation.

The cast is led by Jared Harris (Valery Legasov) and Stellan Skarsgård (Boris Shcherbina). Legasov is the lead scientist who is brought in to fix things and Boris is a middle-ranking government official given the impossible task of overseeing the recovery works. Emily Watson plays Ulana Khomyuk, a fictional character created to represent all of the other scientists who were involved and supported Valery and Boris.

There are many heartbreaking moments in the series, from people volunteering to go into the building in order to pump out water, 400 miners who are drafted in to dig under the plant to install a heat exchanger or the thousands of men who were drafted to throw radioactive waste back into the reactor so that it could be sealed. All of these scenes play out to the soundtrack of the increasingly higher tick of a Geiger counter as these brave people knowingly head into lethal situations.

We also get to see the truly devastating effects of radiation on the human body. I knew that radiation was bad but I had no idea it could be so immediately harmful.  We follow the story of a firefighter who was first on the scene. His crew and he had no idea what they were facing and were exposed to high levels of radiation with no protection whatsoever. The effects on their bodies are portrayed vividly and it really hits home.

The single most annoying thing about the whole disaster is that it was completely avoidable. A single fault caused the explosion but this was covered up by the government who were unwilling to admit that they had made such a mistake. In the last episode, we see Legasov having the courage to speak publicly about what happened in order to force the Soviet Union to admit its mistakes and fix them.

Chernobyl isn’t easy viewing, each episode will have you simply asking why? Why did this have to happen? Why wasn’t something done to prevent the disaster? Why did so many poor souls have to sacrifice their lives to fix something that should never have been?

Chernobyl will have you feeling angry, sad, frustrated and inspired in every single episode and is a respectful tribute to those who laid down their lives in order to prevent an already catastrophic incident becoming even worse. I urge you to go and watch it.

All episodes of Chernobyl are now available to watch on Sky Atlantic and NOW TV.

View some more images from Chernobyl in our gallery: