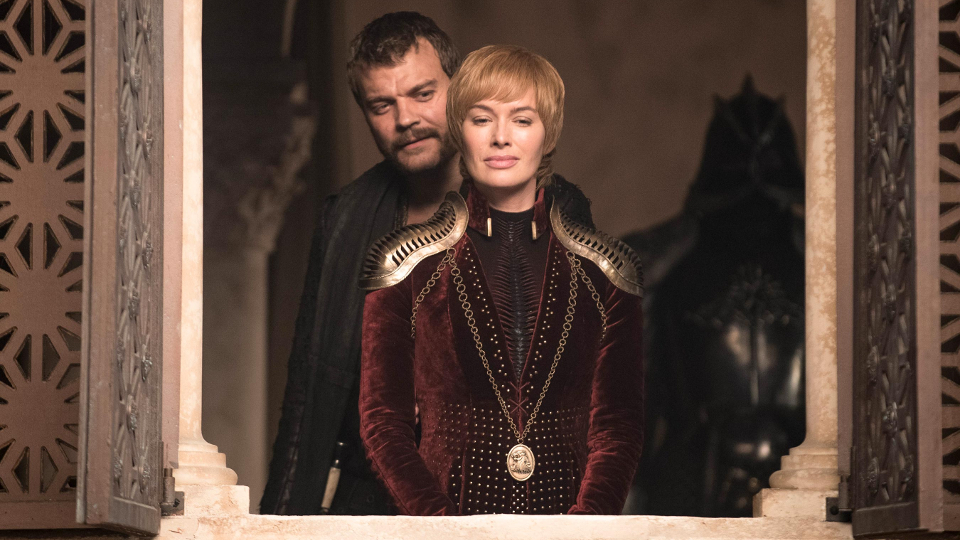 On the third episode of Game of Thrones, the armies of the living and the dead finally clashed at Winterfell. As expected we lost some big characters by the end of the battle.

Looking ahead to episode 4, HBO have released 8 photos to give us a hint of what’s to come.

The fourth episode is set to run for 78 minutes, just 4 minutes less than the incredible episode 3 – The Long Night. It would appear that we’ll be getting the aftermath of the Battle of Winterfell which includes burning the dead.

What’s left of the army of the North can be seen stood in front of Winterfell. Presuming that this is everyone left then the North are going to be seriously outnumbered in a battle against Cersei (Lena Headey) and the South. We already know which characters survived the Battle of Winterfell but the new photos help confirm a couple of things. One is that Drogon is definitely still alive and the other is that Jon’s (Kit Harington) Direwolf Ghost also survived. If you look very closely behind Sam in the sixth photo in the gallery below you’ll just make out Ghost. A better shot of Ghost can also be seen in the teaser trailer at around the 18 second mark.

View some photos from Game of Thrones 8×04 in our gallery:

It’s quite hard to predict what will happen next but it seems a march straight to King’s Landing would likely be suicide. There’s an image of Targaryen ships heading somewhere, maybe they’ll be off for more troops?

Whatever happens, Cersei still looks pretty smug about her chances. She’s also still got Euron (Pilou Asbæk) sniffing around but I doubt he’s clever enough to outwit her.