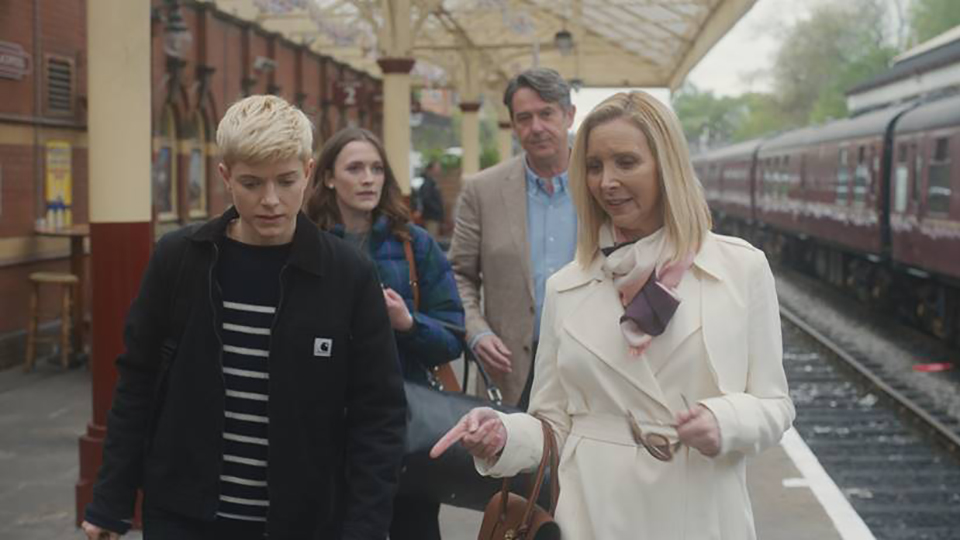 Production has started on E4 and Netflix’s up-coming comedy drama Mae and George (working title) and the cast has been revealed.

Canadian comedian Mae Martin stars in the series, which she co-wrote with Joe Hampson. She is joined by Lisa Kudrow (Friends), Charlotte Ritchie (Call the Midwife), Sophie Thompson (Bounty Hunters), Adrian Lukis (The Crown) and Philip Burgers (The Passage).

Find out who everyone is playing below:

Charlotte Ritchie stars as Mae’s new girlfriend George, who is both the balm to Mae’s anxiety and the cause of it.

Ritchie said: “It is a total dream to be involved in a show like this. It is so thoughtfully written and full of beautiful details but also makes me laugh so much. I feel so very grateful to be part of it.”

Thompson commented: “I wanted this job so much after reading the scripts – to me they were so funny, scorchingly honest and profoundly human. When I got the job – I literally did a jig of deep glee. Mae amazes me, and so does Joe – to be a part of something so original is such a genuine joy.”

Lisa Kudrow (The Comeback, Friends) is Mae’s powerful and charismatic mother Linda who, despite living in Canada, still impacts Mae’s life from afar.

Kudrow added: “I’m thrilled to be playing Linda but I first fell in love with Mae and the scripts she and Joe wrote. It’s sweet and very funny and awkward and well observed.”

The six-part series is produced by Objective Fiction out of OMG Scotland with international partners all3media international. It is directed by Ally Pankiw.

In this article:E4, Lisa Kudrow, Mae and George, Netflix